Muslims to show on Quds Day Palestine will not be forgotten: Rouhani 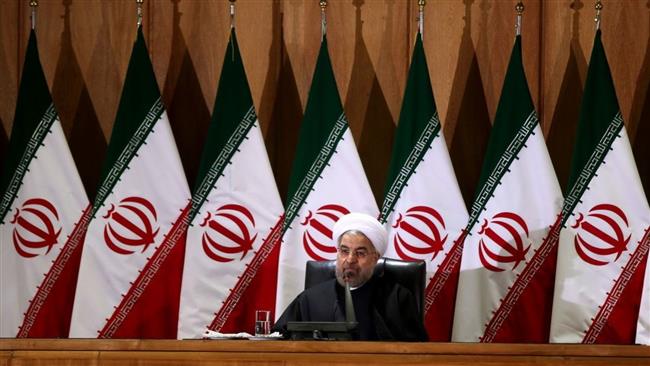 President Rouhani has said that on International Quds Day all Muslims in the world will seek the freedom of the occupied Palestinian territories.

Iran’s President Hassan Rouhani says Muslims from the four corners of the world will show, on International Quds Day, that they will not forget Palestine.

“All Muslims in the world concertedly seek the freedom of the occupied Palestinian territories,” Rouhani said on Wednesday, adding that on the International Quds Day, Muslims aim to send the message that despite the oppression against the Palestinian nation and the silence of certain entities, “Muslims will forget neither the Palestinian nation nor al-Quds (Jerusalem).”

Rouhani added that on the International Quds Day, the Muslim community, in support of the Palestinian resistance against the Israeli regime, will, in a sense, “voice their unity.”

He further referred to the widespread acts of terrorism in the Middle East region, saying that one of the benefits of terrorist groups for superpowers and Israel is to divert the attention of Muslims from the issue of the freedom of al-Quds.

“On the International Quds Day, people will tell the world that Palestine and the occupation of this land will not slip the mind of the Muslim world and will not be forgotten,” Rouhani emphasized.

He further expressed hope that Muslims will honorably mark the event this year with their mass participation.

In August 1979, the late founder of the Islamic Republic Ayatollah Khomeini declared the last Friday of the Muslim holy month of Ramadan as the International Quds Day, calling on Muslims across the world to mark the annual occasion by holding street rallies.

Millions of people around the world take to the streets on the day in a show of support for the people of Palestine, demanding an end to the Israeli occupation of Palestinian lands.