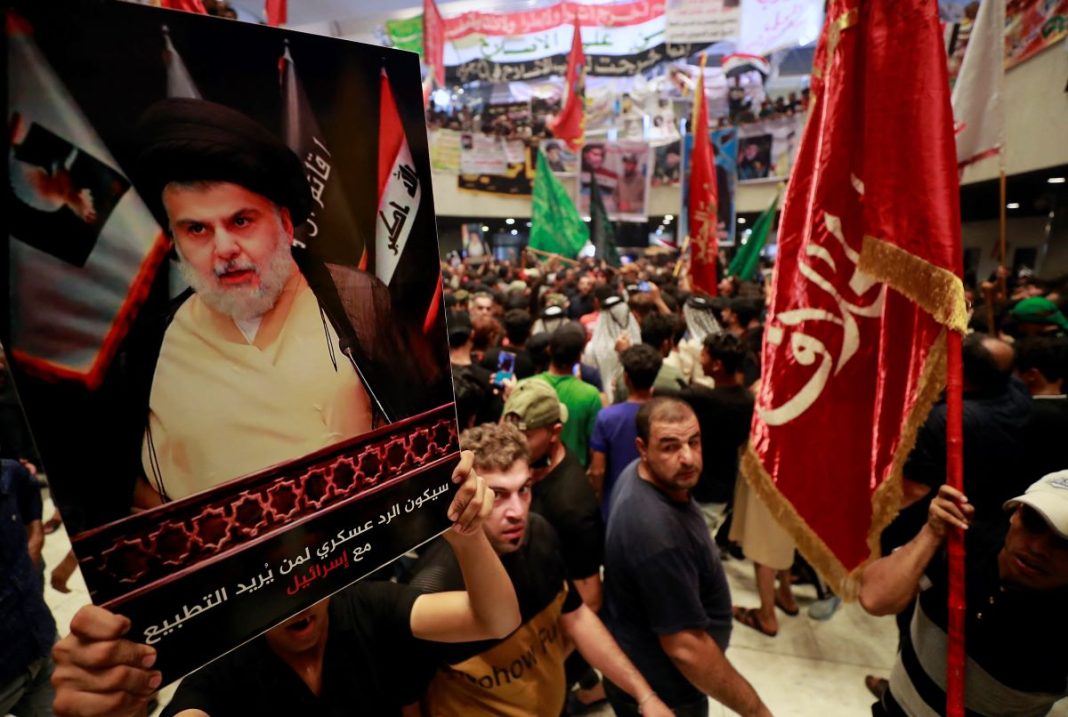 Iraqi cleric Muqtada al-Sadr has urged his supporters to continue their sit-in inside the parliament in Baghdad until his demands, including the dissolution of parliament and the holding of early elections, are met.

The remarks, delivered by the Shia Muslim leader in a televised address from Najaf on Wednesday, could prolong a political deadlock that has kept Iraq without an elected government for nearly 10 months.

Al-Sadr supporters have set up an encampment with tents and food stalls surrounding parliament.

The moves were a response to attempts by his Shia Muslim rivals to form a government with prime ministerial candidates of whom al-Sadr does not approve.

Sadr won the largest number of seats in parliament in an October election but failed to form a government that would exclude his rivals.

He withdrew his lawmakers from parliament and has instead applied pressure through protests and the parliament sit-in, drawing on his popular base of millions of working-class Shia Iraqis.

Al-Sadr reiterated during his address that he was ready to “be martyred” for his cause.

Al-Sadr noted in his speech that he also had “no interest” in negotiating with his rivals, stressing, “Don’t believe the rumours that I don’t want dialogue.”

“But we have already tried and experienced dialogue with them,” he continued, adding, “It has brought nothing to us and to the nation – only ruin and corruption.”

The deadlock between al-Sadr and his rivals has left Iraq without a government for a record time in the post-Saddam Hussein era.

Outgoing Prime Minister Mustafa al-Kadhimi has called for a “national dialogue” in a bid to bring all sides together to talk, and on Wednesday he spoke with President Barham Saleh.

Both men stressed the importance of “guaranteeing security and stability” in the country, according to the official Iraqi News Agency.

Earlier on Wednesday, the United Nations mission in Iraq called on leaders to put their country first and end the long-running power struggle.

“Meaningful dialogue among all Iraqi parties is now more urgent than ever, as recent events have demonstrated the rapid risk of escalation in this tense political climate,” the UN mission warned.