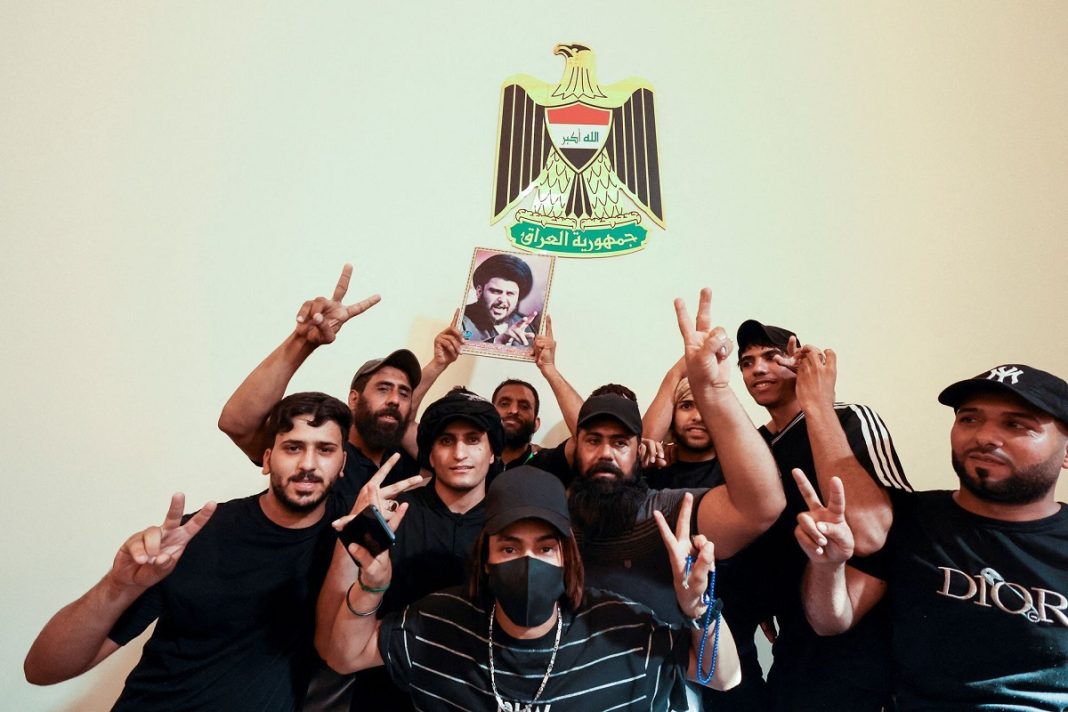 Iraqi cleric Muqtada al-Sadr has urged his supporters to withdraw from the Green Zone, where they have traded heavy fire with security forces in a serious escalation of a months-long political crisis gripping the nation.

“The party is disciplined and obedient, and I was my hands of those who do not withdraw from parliament building within an hour,” al-Sadr said in a televised speech on Tuesday.

He also apologised to the Iraqi people for the violence, which killed dozens of people and wounded hundreds more.

Supporters of al-Sadr have started to leave the Green Zone area, after their leader told them to end protests.

A nationwide curfew, which went into effect on Monday has also been lifted.

The unrest broke out Monday, when al-Sadr announced he would resign from politics and his supporters stormed the Green Zone. At least 30 people have been killed.

Iraq’s government has been deadlocked since al-Sadr’s party won the largest share of seats in October parliamentary elections but not enough to secure a majority government — unleashing months of infighting between different factions.