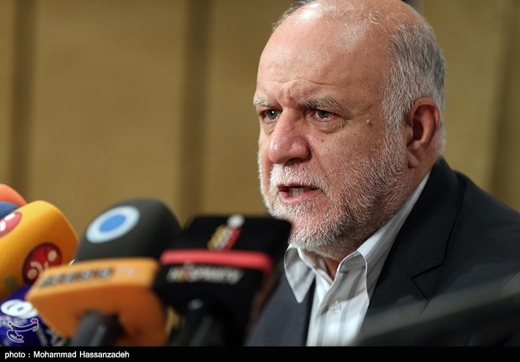 Iranian Petroleum Minister Bijan Namdar Zangeneh and his Iraqi counterpart Ihsan Abdul Jabbar have discussed the ways to promote cooperation between the two neighbours in the oil industry.

In a telephone conversation, Zangeneh and Abdul Jabbar conducted a review of relations between Iran and Iraq and called for the expansion of oil cooperation between the two Muslim neighbours.

In the conversation, the Iranian minister congratulated Abdul Jabbar on taking office as the new oil minister of Iraq after formation of a new government under Prime Minister Mustafa Al-Kadhimi’s leadership.

The Iraqi oil minister also emphasized that it would be in Iraq’s interests to abide by a production cut agreement between the OPEC and its allies, known as OPEC+, saying the Iraqi Kurdistan Region has been directed to comply with the OPEC+ deal and cut its share of oil output.

The OPEC members, Russia and other oil producing nations agreed in April to cut output by around 10% of global supply to support oil prices amid the coronavirus pandemic.