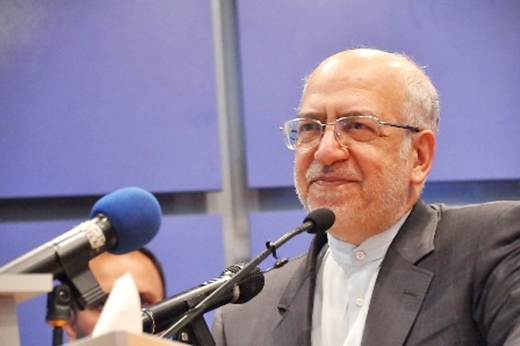 The minister made the remarks during the meeting between Iran and Ghana delegations which discussed ways of promoting economic and trade relations here on Monday.

He said Iran which has a population of 80 million people enjoys rich natural resources including hydrocarbon ones.

He said in many of these areas Iran has already reached self-sufficiency and is even exporting them to foreign countries.

Nematzadeh referred to agriculture and foodstuff as other areas of potential cooperation between the two countries and said Iran imports cacao from Africa and then exports chocolates to foreign countries.

He said Iran also has the capacity to design small and medium-scale industries, adding that Ghana could be a good customer for Iran’s polymer products and pesticides.

Ghana President John Dramani Mahama and a number of his cabinet members attended the meeting.

From Iran, Minister of Industries, Mine and Trade Mohammad Reza Nematzadeh is present in the session.

The Ghana President is accompanied by ministers of interior, petroleum, agriculture and natural resources during his visit to Iran.

Ghana is world’s second biggest gold producer and owns big firms which are working on exploration and extraction of gold.

President Mahama arrived in Tehran on Saturday night, heading an economic-political delegation, upon the invitation of his Iranian counterpart Hassan Rouhani.

He is the first African president visiting Iran after implementation of the nuclear deal dubbed as Joint Comprehensive Plan of Action (JCPOA).