Massive rallies are underway across Iran on International Quds Day in another show of support for the oppressed Palestinian nation in the face of Israeli occupation and atrocities.

Iranians from all walks of life numbering in the millions have taken to the streets in the capital Tehran and more than 770 other towns and cities throughout the country to once again vent their anger at the Israeli regime’s brutal oppression of Palestinians over the past decades.

The ralliers are also carrying placards and chanting anti-Israel slogans, condemning the Zionist regime’s fresh bloody offensive against the besieged Gaza Strip amid the silence of the international community.

Thousands of local and foreign journalists are covering the anti-Israeli rallies across Iran.

Meanwhile, millions of people in different countries the world over will also be holding massive rallies on Friday to express their support for the Palestinian resistance against Israel and voice their outrage at the policies of the Tel Aviv regime and its allies.

This year’s anti-Israel rallies are being held as Israeli warplanes and tanks have been pounding numerous sites inside the Gaza Strip and killing innocent residents of the impoverished Palestinian enclave over the past 18 days.

More than 816 Palestinians have so far been killed and over 5,200 wounded since the Israeli military first launched its onslaught on the Palestinian enclave on July 8.

In 1979, Imam Khomeini, the late founder of the Islamic Republic, designated the last Friday of the lunar fasting month of Ramadan as International Quds Day, during which Muslims across the world hold rallies in solidarity with Palestinians.
Subscribe 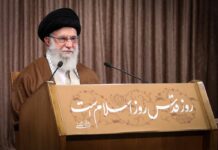 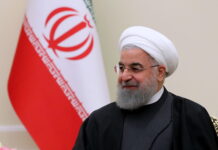 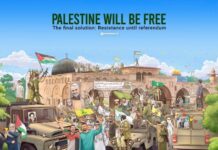 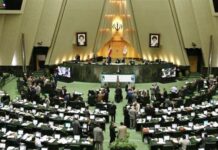 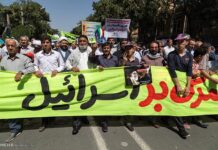