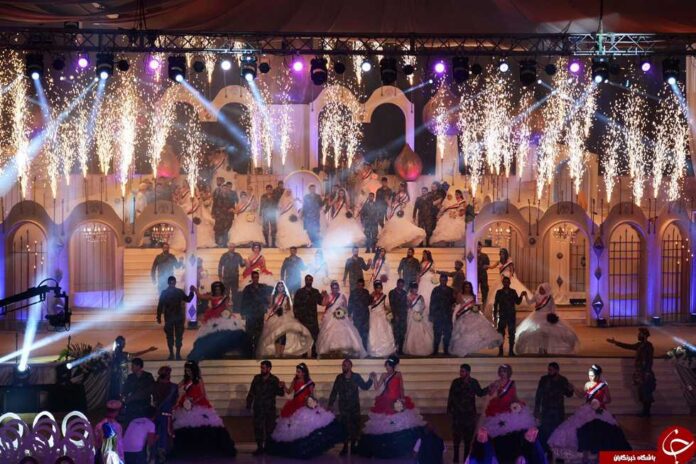 In appreciation of their sacrifices, a group wedding ceremony was held for hundreds of wounded Syrian army forces in the eastern city of Latakia amidst huge popular and official presence.

The ceremony was organized by a volunteer group, among many other groups that have emerged during the war in the country over the past six years. The group has also held a number of different activities on various occasions to support the Syrian army’s injured and dead soldiers and their families.

The organizers said the initiative was aimed at honouring the sacrifices offered by those soldiers in defending Syria against terrorism and Takfiri groups who had been at war in the country to topple the government of Bashar al-Assad.

They also added the Syrian people should educate their children to love their homeland and not to abandon one grain of Syrian soil.

This is not the first time that a group wedding ceremony of army forces is held since the crisis broke out in Syria in 2011. Back in 2013, a similar ceremony was held for 15 soldiers from the Syrian army.