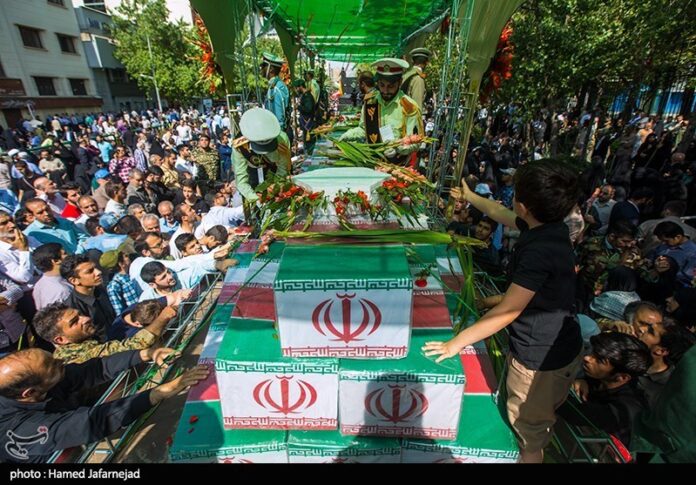 A large number of people attended a funeral processions in Tehran on Thursday for 150 Iranian martyrs whose remains have been recently unearthed more than three decades after the end of the Iraqi imposed war in the 1980s.

From the 150 martyrs, as many as 30 are identified and will be buried in their hometown provinces of Esfahan, Bushehr, Khuzestan, Khorasan Razavi, Semnan, Fars, Qazvin, Gilan, Yazd, and Tehran.

The bodies have been retrieved by the missing in action (MIA) search committee of Iran’s Armed Forces General Staff.