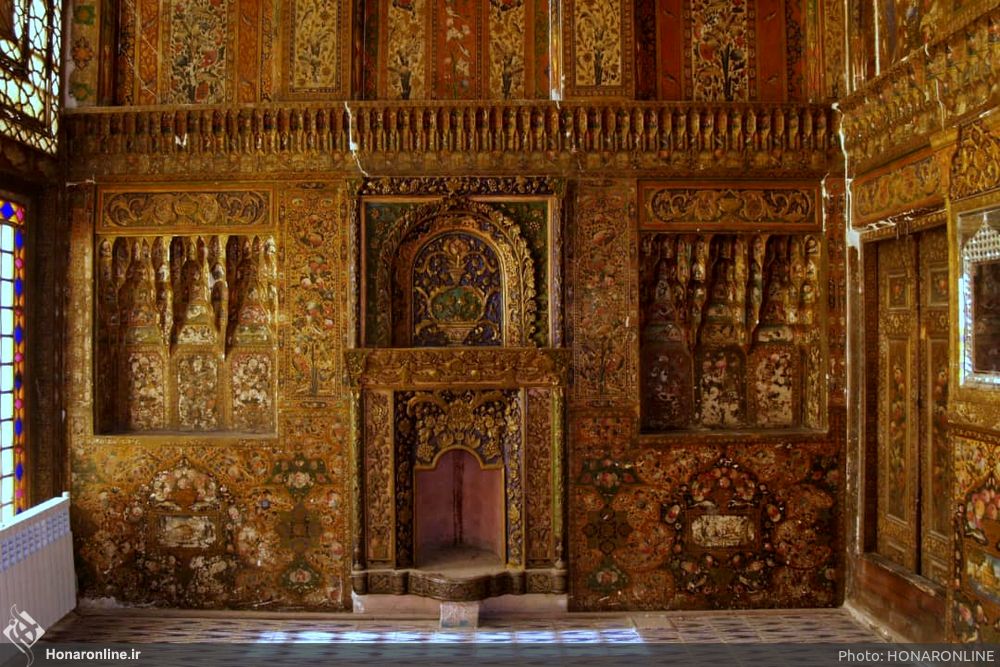 Old houses in Tehran, especially, mansions and aristocrats’ homes, boasted mantelpieces which were built between two rooms separated with a wall measuring at least one-metre thick, so that the fireplace could be used on either side.

Two types of mantelpieces were built into walls inside old homes, one carved into the wall and the other protruding from the wall. The mantelpieces were also used as decoration which added to the beauty of the architecture of the houses.

The mantelpieces would spread throughout the room the heat coming from the fire.

The heat was in conformity with the constructions materials used in the house. Sometimes a log used as firewood could keep an area of 200-300 sqm warm for hours without posing any danger to members of the household. The wall around the mantelpiece would be decorated with stucco to make the architecture inside the room all the more pleasant and enjoyable.

The following are Honar Online’s images of mantelpieces in old homes, which are an integral part of the fabulous ancient Iranian architecture.