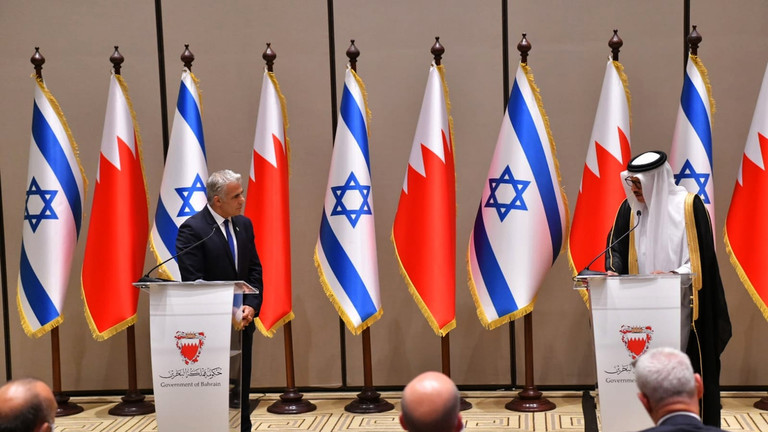 Bahrain's Foreign Ministry confirmed media reports on Saturday that an Israeli officer will be stationed in the tiny Persian Gulf country, according to the state news agency.

The appointment will be related to the work of an unnamed international coalition of more than 34 countries, the report said.

Bahrain also added that the coalition’s task includes securing freedom of navigation in the territorial waters of the region, protecting international trade and confronting piracy and terrorism.

Earlier media reports said Israel would send a naval officer to an official posting in Bahrain, the first time an Israeli military officer has been posted to an Arab country.

Relations between Bahrain and Israel have improved significantly in recent years, with the two countries officially establishing diplomatic relations in September 2020. The so-called “normalization” agreement was brokered by former US President Donald Trump, who announced its signing from the White House.

In 2021, Bahrain dispatched its first ambassador to Israel, while Israel opened an embassy in Bahrain’s capital.