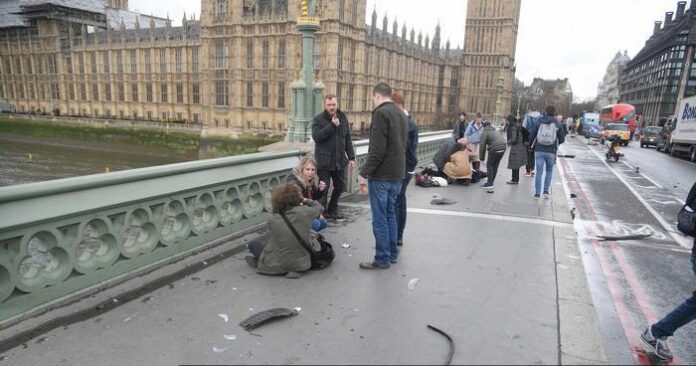 An Iranian MP says the UK and France were the main sponsors of terrorists and militants in Syria, adding the recent terror attack in London [on March 21] was a consequence of the British policy in the Middle Eastern country.

The Iranian lawmaker, Kamal Dehqani Firouz-Abadi, says the recent terrorist attack launched in the British capital of London on March 21, was an outcome of the UK’s policy in Syria, as the country as well as France were the main sponsors of the terrorists and militants in the Middle Eastern state.

According to a Farsi report by ICANA, Dehqani Firouz-Abadi added the terrorist attack in London, which was carried out almost on the anniversary of the 2016 Brussels bombings, as well as other similar terrorist acts in Europe are all consequences of the Western states’ policies against Syrian President Bashar al-Assad and towards the war in Syria.

The Western nations, in cooperation with some Arab states, formed the Takfiri [extremist] terrorist group ISIS in the Middle East to spark the war in Syria, he noted.

London and Paris, the main supporters of terrorists in Syria, are, at present, witnessing the outcomes of their moves [in the Middle East and, particularly, towards Syria] as their plans and actions have backfired in the form of terrorist attacks on their cities and the massacre of their citizens, he said.

Terrorism is a phenomenon that knows no boundaries or nationalities and soon will become a threat to the entire world, the MP added.

Recalling the Western countries’ strategy towards Iraq’s former dictator Saddam Hussein and the Ba’athist regime he had established in the country, he said, “Over the past few decades, we have always been witness to these states applying double standards in the face of security threats. They, who had supported Saddam Hussein in Iran-Iraq war (1980-88) and his massacre of Iranians, invaded their main chess piece in the Persian Gulf War – also called Gulf War – (1990–91) and eventually toppled him.”

Commenting on the formation of al-Qaeda, Dehqani Firouz-Abadi noted that the US Central Intelligence Agency set up the group during the Afghan Civil War (1992–96) and later, in the aftermath of the 9/11 attacks, it eventually sent its troops to the Middle East on the pretext of fighting the same terrorist group.

He said a glance at the emergence and, later, collapse of Saddam Hussein’s Ba’athist regime as well as the creation of and, later, fight against al-Qaeda are all indicative of the fact that the West determines the nature of a group or regime and its activities according to its double standards.

“In coming years, following the likely return of Takfiri terrorists to their hometowns in Western countries, from the war in Syria, an increase would be witnessed in the number of terrorist acts perpetrated by them in these states and the occurrence of such attacks would become a usual phenomenon in the eyes of international media.”

He stressed that the Zionist regime of Israel, which perpetrates its crimes as part of its state-sponsored terrorism efforts, is, currently, the Middle East’s biggest problem.

This is while, the MP added, the Western nations have turned a blind eye to Israel’s violent behaviour.

“Tel Aviv is the main factor behind the formation of the ISIS.”

According to media reports, four were killed and dozens were hurt in London’s [March 21] terror attack, when an assailant, later identified as Khalid Masood by police, drove a car through pedestrians on Westminster Bridge and then fatally knifed a police officer who tried to stop him entering the Houses of Parliament. He was then shot dead. The attack took place while British Prime Minster Theresa May was in the Houses of Parliament.

This has been the first terrorist act carried out in Britain‘s territory since the beginning of the ISIS’ terrorist attacks on European cities.