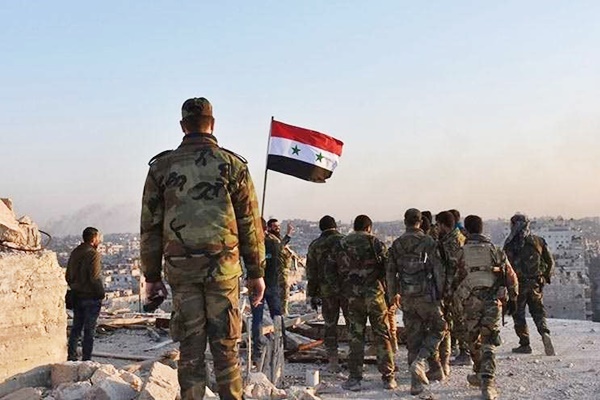 The reports coming from the ground in Syria strongly show that the ongoing battle to retake the rebel-held city of Aleppo is in its last hours, unless something unexpected happens.

According to a report published by Fars News Agency in Farsi, the Syrian Army has now successfully broken through remaining terrorist strongholds, following the liberation of Aleppo International Airport earlier in the week – being able to push in two directions, west and south.

Within the last hour, the Fatah Halab terrorist group has surrendered the primary remaining districts of Old Aleppo.

A previous militant counteroffensive Karm al-Qaterji and Karm al-Maysar, as well as indiscriminate shelling of locations of humanitarian aid workers, killing Russian medical staff, failed to create an opening. Persian Gulf state news agencies, as well as ‘activists’ on the ground in Aleppo have also confirmed this.

At the time of publication, we are still waiting to hear confirmation that a Russian-Syrian-Turkish tri-lateral agreement on the status of ‘armed insurgent’ (terrorist) groups remaining in one last district, and their surrender or evacuation.

Barring some unforeseen development – which has characterized much of this conflict – reports coming from the ground in Syria strongly indicate that the battle for Aleppo is in its last day, perhaps hours.