“Liberation of Quds Pivot of Unity among Muslims” 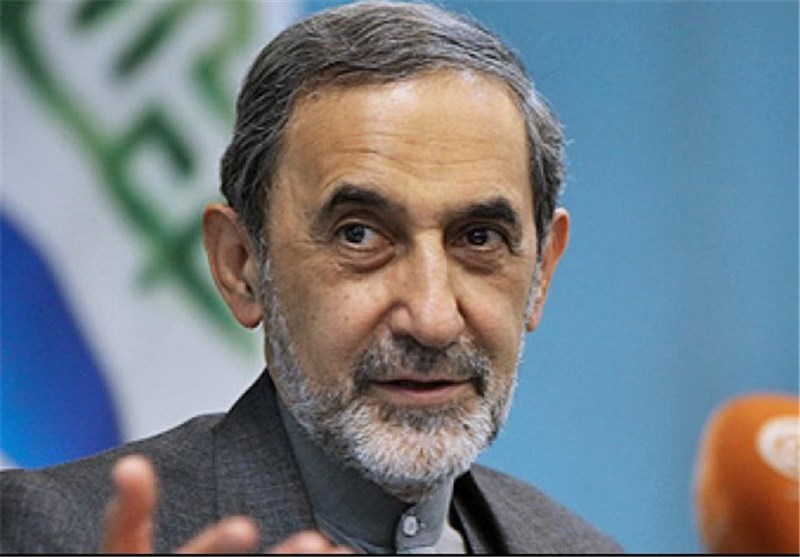 Ali Akbar Velayati, an advisor to Iran’s Leader, says the liberation of holy Quds is a lofty goal which is the pivot of unity among all Muslims.

Velayati made the comment via video conference while addressing a meeting in Gaza to honour International Quds Day in the run-up to the event. The full text of his speech follows.

Forty years have passed since the late Imam Khomeini designated the last Friday of the holy month of Ramadan as International Quds Day.

During these forty years, the memory of Quds has always been honoured on this holy day to serve as a beacon of guidance for the Islamic community to regulate its struggles to secure the liberation of Muslims’ first Qibla.

Although the struggles of the Palestinian and other regional nations against Zionism have had numerous ups and downs over the past 40 years, outstanding victories have been achieved such as the liberation of Southern Lebanon, the liberation of Gaza and the Zionist regime [of Israel]’s failures in several consecutive wars against the resistance front in Gaza and Lebanon. These triumphs are so tremendous that they have reversed the trend of the Zionist regime’s power gaining, and we are witnessing the trend of its ever-growing decline.

Today, we are welcoming [International] Quds Day at a time when the events which occurred on Nakba Day turned into one of the major platforms for fight and struggles.

What happened basically that resulted in Nakba and saw hundreds of thousands of Palestinians displaced in one day?

The answer is clear. First, Britain and France disintegrated the regional countries and made them smaller before disarming the Palestinian nation and leaving it at the mercy of the armed-to-the-teeth Zionists.

British Glubb Pasha was the commander of the seven Arab armies that entered Palestine. All the sufferings that the Palestinian nation has endured emanate from the UK’s treacherous behaviour and other Western countries’ alignment with it.

The idea that Palestinians should not have left their homeland and should have agreed to the partitioning of Palestine based on Resolution 180 is a completely abstract viewpoint which overlooks the realities on the ground.

Nakba is not a calamity at a certain point in history; rather, it is a constant calamity with which we have been living every single moment. More than 70 years on, this nation is still homeless; still, despite being displaced, it has strongly preserved its identity.

The impressive March of Return rallies, which coincided with Nakba Day, show this nation is clinging to its historical and legitimate right to return to their homeland. However, those who, one day, sought to deceive Palestinian people by raising the flag of peace have removed the masks from their faces and relocated their embassy to al-Quds on Nakba Day to show that the existence of Israel is, in fact, associated with them.

The deplorable situation in the Muslim world today has, unfortunately, provided an ideal opportunity for the enemies of Palestine and Quds to be able to press ahead with their acts of aggression. Nonetheless, they are definitely making a big mistake. Quds is too big to be swallowed, and Palestine as well as the brave Palestinian nation are too great to be forgotten.
These days, we are hearing news about the “deal of the century.” It looks like Trump intends to impose a humiliating solution on Arabs and Palestinians to meet all of Israel’s demands. It is said that some heads of Arab states have also aligned themselves with him on this path. I doubt that these officials, however young and immature they may be, ever dare to overtly take steps on this path, a path which stands in stark contrast to the demands and will of the whole Islamic community. Of course, some countries’ covert support for them is insignificant because it has existed in the past, as well. This treacherous scheme is such that even the compromisers who are most willing to compromise cannot accept it.

Of course, in order to counter it, the Palestinian nation has brought to the fore a new Intifada (uprising) whose signs are different from those of other Intifadas. The current Intifada is marked by features of individual and collective action. Another characteristic of this Intifada is that it is staged on an off-an-on basis, which means it subsides after a few anti-Zionist moves, but another huge wave strikes right when the Zionists expect no more action. The third feature of this Intifada is that all Palestinians approve of it. They do not split into separate groups any longer, and all people from all groups have realized that the only option available to them is resistance and Intifada.

Yes! The Palestinian nation is at the forefront of, and a guide for the Islamic community in this historical battle, which has basically targeted the existence and identity of all Islamic countries. If it weren’t for their (Palestinians) struggles, now we would definitely be unable to defend the independent existence of our countries and the territory of the Islamic community and its sanctities. The whole Muslim community is beholden to the Palestinian nation whose efforts should be appreciated.

And finally, Quds is the symbol of all sanctities of Muslim nations, the ultimate symbol of unity which can bring together all Muslims from any denomination. The liberation of Quds is a lofty goal which will be the pivot of unity among all Muslims. All of us should set aside our differences on this path in order to secure the interests of the Muslim community.

Today, the Islamic Republic of Iran stands firm at the frontline of the resistance front led by Supreme [Leader of the Islamic Revolution] Ayatollah [Seyyed Ali] Khamenei to back the struggles of Palestinian people against the Zionist regime ant its supporters, especially the criminal United States. Tomorrow (June 8, 2018), which marks the last Friday of the holy month of Ramadan, the whole world will, “by God’s will” as the Supreme Leader put it, see International Quds Day rallies being held more fervently than in the past.