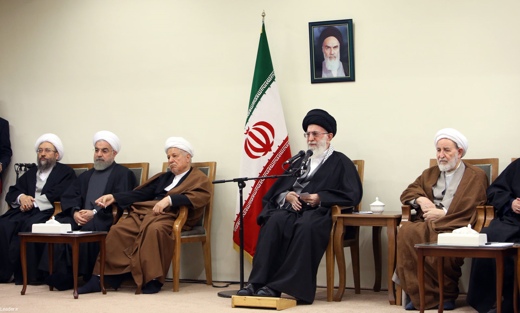 The Supreme Leader of the Islamic Revolution has said that the Republican Senators' Iran letter has revealed that political ethics has collapsed in the United States.

Islamic Revolution leader Ayatollah Seyyed Ali Khamenei told members of the Assembly of Experts on Thursday that the team the president has chosen for the nuclear talks comprises trustworthy, conscientious people who are trying to serve the interests of the country.

The leader then said, “I am still worried since the other party [to the talks] is into deceptive ploys, treachery and backstabbing”.

Ayatollah Khamenei also said the letter by the US Senators [to Iranian officials] is a sign of the collapse of political ethics in the US system, adding governments honor their commitments in line with international rules and countries do not violate their commitments after a change of government.