Leader: Iran must always be prepared for defense 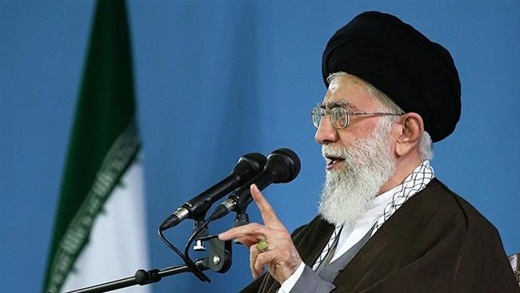 The Supreme Leader has said that a tragedy is in unfolding in Yemen and the US supports injustice there.

Leader of the Islamic Revolution Ayatollah Seyyed Ali Khamenei has condemned the “shameless” military threats against the Islamic Republic, saying the country must always be ready to defend itself.

The Leader made the comments in a meeting with a group of senior Army commanders in Tehran on Sunday.

Ayatollah Khamenei said Iranians have proved that they can powerfully protect the country and stand against the aggressors “like a tight fist,” praising the “integrity” of the Iranian nation in the face of threats.

The Leader described the Iranian nuclear issue as a “fake myth” that has been devised by the United States to portray the Islamic Republic as a threat.

Ayatollah Khamenei said it is the United State, and not Iran, that is freely posing security threats and interferes in the internal affairs of others.

On the brewing crisis in Yemen, the leader said that a tragedy is in the making in the Arab country and the Americans support injustice there.