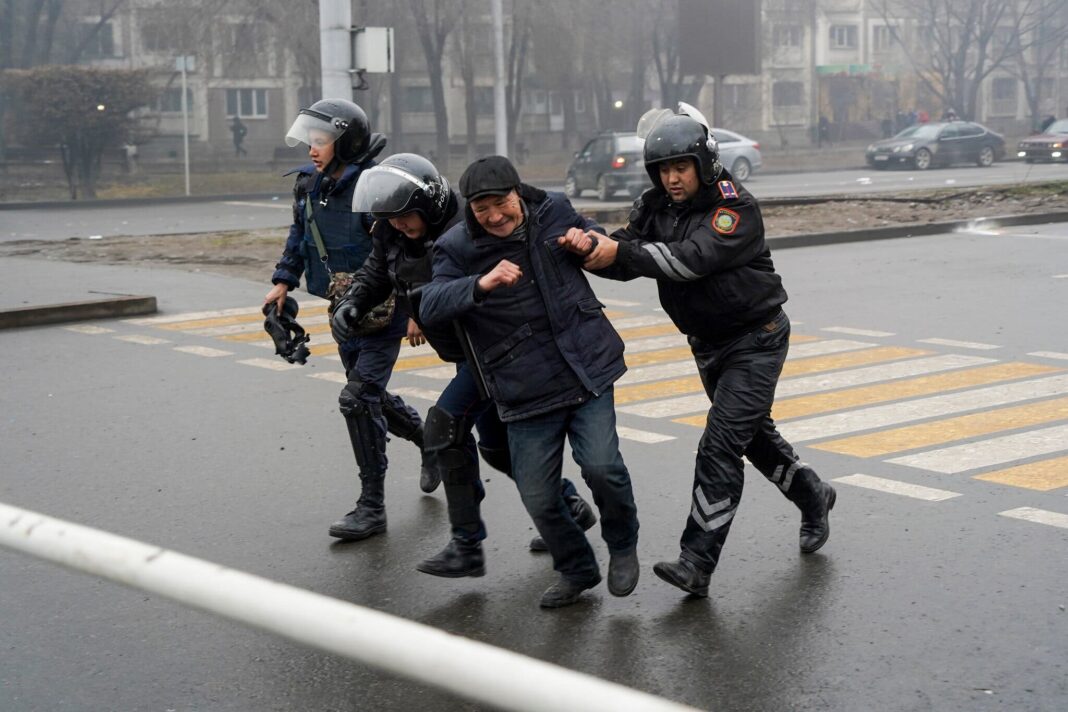 Kazakhstan law enforcement agencies have detained at least 4,400 people who participated in the riots in several regions of the country, that's according to press service of the Ministry of Internal Affairs.

“In several regions of the country, law enforcement agencies continue measures to identify and detain criminals. The number of detained is currently 4,404,” the statement said.

“On January 6 of this year, the National Security Committee launched a pre-trial investigation into high treason under Article 175 of Part 1 of the Criminal Code of the Republic of Kazakhstan. On the same day, on suspicion of committing this crime, former chairman of the National Security Committee Karim Masimov and other people were detained and placed in a temporary detention center,” the statement reads.

56-year-old Masimov was relieved of his post by decree of the President of Kazakhstan, Kassym-Jomart Tokayev, on January 5 and was replaced by Yermek Sagimbayev.

The country’s Interior Ministry also announced on Saturday at least 11 organizers and instigators of the riots were detained in the Aktobe region of Kazakhstan.

On Saturday afternoon internet access in Kazakhstan was blocked amid ongoing riots in parts of the country, Globalcheck project announced on Telegram.

“The Internet was turned off again. It worked a little over 7 hours,” the statement added.

The damage to business in Kazakhstan during the riots amounted to over 88.1 bln tenge (more than $200.4 mln), according to Atameken National Chamber of Entrepreneurs of Kazakhstan.

“The total amount of damage to business, according to rough estimates, reached over 88.1 bln tenge. In the city of Almaty, the figure reached 86.8 bln tenge ($197.4 mln),” the statement said.

It was noted that 920 affected business entities were identified in 10 regions of Kazakhstan, including 856 in Almaty.

Tokayev stated on Saturday that the arrival of peacekeepers in the capital Nur-Sultan under the mandate of the Collective Security Treaty Organisation allowed sending more security forces to the flashpoint city of Almaty.

“After the joint CSTO peacekeeping force took over protective functions in Nur-Sultan Kazakhstan had enough of law enforcers freed up to move them to Almaty where they took part in the counterterrorist operation,” the presidency cited Tokayev as saying in a statement.

The unrest in Kazakhstan began earlier this month and was sparked by a twofold increase in fuel prices. People hit the streets in the cities of Zhanaozen and Aktau, and later the protests spread across the country, resulting in violent clashes with the police, looting, arson, and vandalism.

In Almaty, the old capital and Kazakhstan’s most populous city, hundreds of people stormed the mayor’s office and the old presidential residence. The rioters also attacked the police HQ, set buildings on fire, and engaged in numerous shootouts.

To curb the unrest, Tokayev introduced a state of emergency and dismissed the government. He also requested assistance from the country’s allies in the CSTO, who are sending peacekeeping forces to guard strategic objects in the country while Kazakh law enforcement agencies and the military re-establish order.