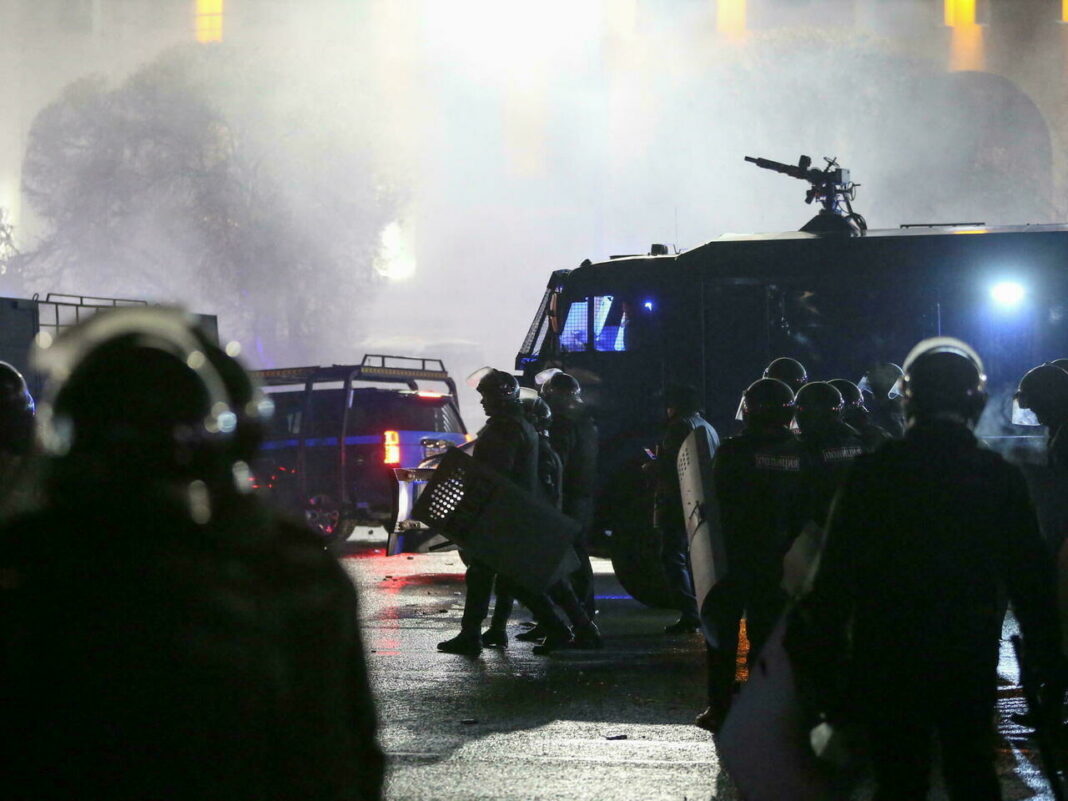 “Smailov Alikhan Askhanovich is to be vested with interim duties of the Prime Minister of the Republic of Kazakhstan,” it adds.

In accordance with the document, government members will continue their duties until a new cabinet of ministers is formed.

At present, Smailov holds the post of first deputy premier. The previous government was approved last January, following elections to the lower chamber of the country’s parliament. Askar Mamin was reappointed as prime minister then. He held the post since February 2019.

The government of Kazakhstan is to be particularly blamed for protests in the country, Tokayev stated during a meeting on social and economic issues on Wednesday.

“Speaking about the current difficult socal, political and socio-economic situation in the country, Kassym-Jomart Tokayev noted that the government, as well as companies KazMunayGas and KazakhGas, bear special blame for allowing the protest situation, caused by an increase in liquefied gas prices, to happen,” the presidential press service said.

Tokayev also noted that the situation in the country’s largest city of Almaty and the Mangistau Region was gradually stabilizing after the state of emergency had been imposed in those areas.

“He emphasized that all authorizations for stabilizing the situation had been made. The Interior Ministry, the Special Rapid Response Unit and the National Guard bear the main load and are coping with their tasks successfully,” the press service added.

Besides, the president criticized the implementation of his instructions, aimed at speeding up the construction of a new gas processing plant on the basis of KazGPZ, which produces liquefied gas in the Mangistau Region.

On January 2, crowds took to the streets in the cities of Zhanaozen and Aktau in the Mangistau region, protesting against high fuel prices. According to them, the price per liter of liquefied gas increased to 120 tenge ($0.27) since January 1, so the demonstrators demanded to halve it, to 50-60 tenge ($0.11 – $0.13). The president commissioned the government to assess urgently the situation in the region, taking into account economic feasibility and legal issues. The government commission arrived in Aktau and commenced work. On Tuesday, after the talks with protesters the commission announced the price of liquefied gas would be brought down to 50 tenge in the Mangistau region.

The president imposed a two-week state of emergency and a curfew in the country’s largest city of Almaty and the southwestern Mangistau Province early on Wednesday.

Law enforcement agencies of Kazakhstan detained over 200 people for violating public order during unauthorized demonstrations in several regions of the country, the Kazakh Interior Ministry announced on Wednesday.