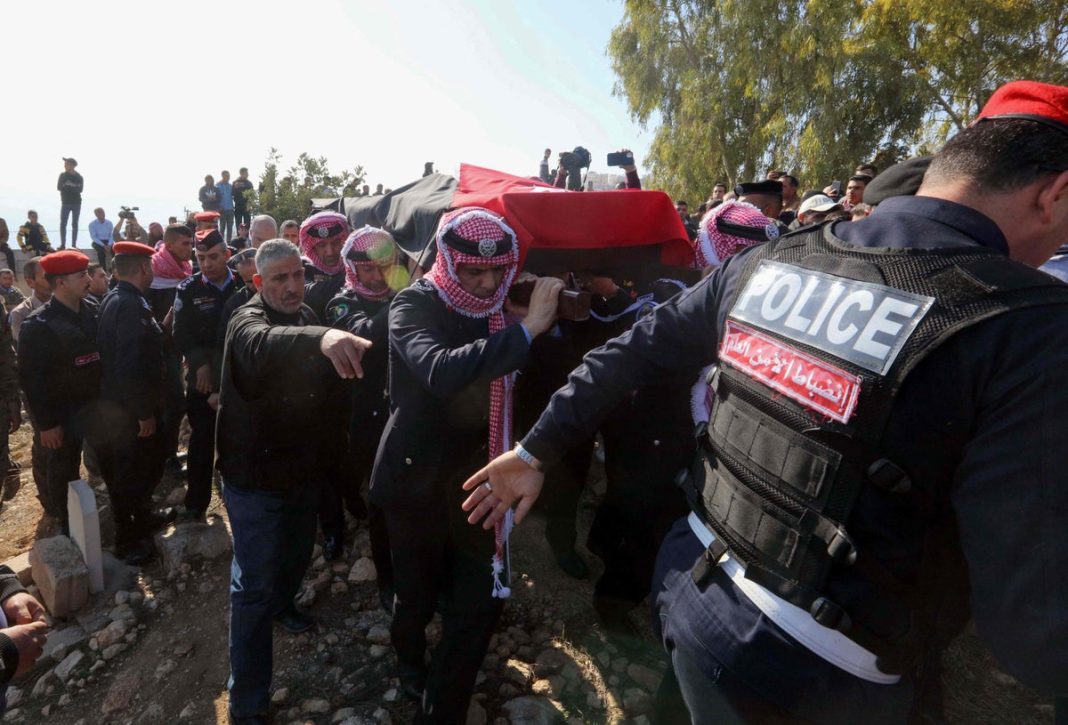 Jordanians staged sit-ins and activists called for more demonstrations against fuel price increases that have caused the cost of living to rise. The Friday protest follows a day of unrest in the southern city of Maan that left one police officer dead.

The authorities said the policeman was killed on Thursday night by a gunshot fired by an unidentified individual when armed officers entered a neighbourhood of Maan to quell riots. Youths had attacked government property in the city, witnesses said.

Although the streets were calm on Friday, sporadic protests continued with a sit-in in front of Maan’s main mosque and a mosque in the capital Amman after Friday prayers, while activists called for more demonstrations.

Several highways linking the capital Amman to other governorates including Irbid and Karak have been shut down.

On Friday, Jordan’s King Abdullah II extended condolences to the family of the slain policeman.

“We will not tolerate violence against our security personnel, who work day and night to protect Jordan and Jordanians,” he said, according to Jordan’s Roya news.

For his part, interior minister Mazen Farrayeh told a news conference that the government will apply tough steps and redeploy more anti-riot police against demonstrators who protest violently.

“We have seen a large jump in violent acts,” he said. “After what happened, there will be tougher security measures to reinforce the security forces in the areas that witness such acts.”

In an interview with told Al-Mamlaka state television on Thursday in Maan, one truck driver pledged they will remain “steadfast”.

“Our only demand is reducing fuel prices,” he said, as he and his colleagues parked their rigs beside a highway and held a sit-in, the images showed.

Because of incitement to violence and “calls for chaos,” the PSD cybercrime unit said it suspended operations of the TikTok social video app inside the kingdom, “after its misuse”.

The PSD said it protects freedom of opinion and peaceful expression, but would use “appropriate” force against rioters and vandals.

The government has promised to examine truck strikers’ demands but said it has already paid more than 500 million dinars ($700m) to cap fuel prices this year and cannot do much more if it wants to avoid breaching an International Monetary Fund deal.

The World Bank has said Jordan is heavily in debt and faces approximately 23 percent unemployment.

Energy costs have led to protests in Jordan before, including in 2018 when Prime Minister Hani Mulki resigned after several days of rallies against proposed tax reforms and energy price increases.

Other protests in recent years have usually been peaceful and involved demands for democratic reforms and calls to curb corruption.