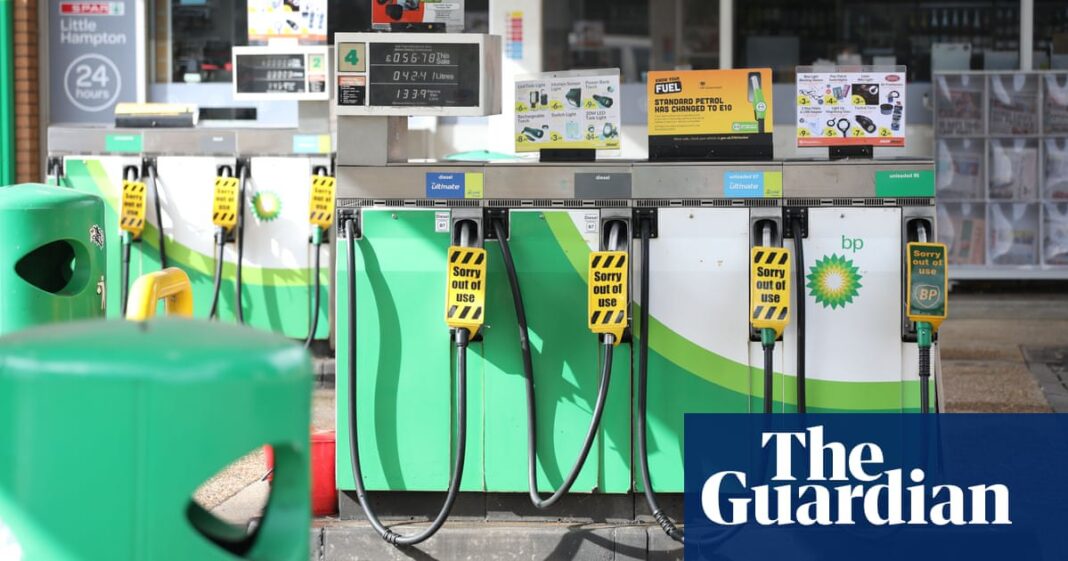 British army soldiers could be drafted in to drive fuel to petrol stations across the United Kingdom in line with an emergency plan considered by Prime Minister Boris Johnson. The U.K. has faced a fuel crisis driven by a shortfall of about 100,000 licensed lorry drivers due to the COVID-19 pandemic and post-Brexit issues.

Hundreds of soldiers could be scrambled to deliver fuel to petrol stations running dry across the country due to panic buying and a shortage of drivers under an emergency plan expected to be considered by Johnson on Monday.

The prime minister will gather senior members of the cabinet to scrutinise “Operation Escalin” after BP admitted that a third of its petrol stations had run out of the main two grades of fuel, while the Petrol Retailers Association (PRA), which represents almost 5,500 independent outlets, said 50% to 90% of its members had reported running out. It predicted that the rest would soon follow.

The developments led to growing fears that the UK could be heading into a second “winter of discontent” and warnings that shelves could be emptier than usual in the run-up to Christmas.

In a bid to prevent the crisis from deepening further, ministers including the business secretary Kwasi Kwarteng, transport secretary Grant Shapps and home secretary Priti Patel gathered for a midday meeting on Sunday to discuss options – including Operation Escalin.

Conceived years ago during the planning for a no-deal Brexit, it would mean hundreds of soldiers being drafted in to drive a reserve fleet of 80 tankers. It is understood that it would take up to three weeks to fully implement, because some of those mobilised may already be on other deployments and others could be reservists. Escalin was touted as an option last week, but government sources downplayed the chance of its activation.

Late on Sunday night, Kwarteng also announced that fuel firms would be temporarily excluded from the Competition Act for the purposes of sharing information and optimising supply. He admitted there had been “some issues with supply chains”, but insisted there was still “plenty of fuel at refineries and terminals”. Officials said the move would make it easier for firms to “share information, so that they can more easily prioritise the delivery of fuel to the parts of the country and strategic locations that are most in need”.

The Escalin and other proposals will be put to Johnson on Monday afternoon, in a meeting where ministers are also expected to discuss more immediate solutions to try to influence people’s behaviour and put an end to the current levels of panic buying.

Ministers are exasperated because they think that the true magnitude of fuel shortages would have been tiny if the public were acting normally, and the HGV driver shortage would have only had a marginal effect, but media reports have prompted queues outside forecourts across the country. The PRA announced demand at one service station had risen by 500% on Saturday compared with last week.

A source suggested that a high level of shortages will last at least another five days – and could go on even longer if people’s behaviour does not change. They called the situation a “catch-22”, because by making any interventions, the government could end up exacerbating the problem: “The more we seem to react to this, the more we end up driving it. But if we don’t react, it just carries on. We’re almost generating our own crisis.”

The shortage has also had major knock-on effects that ministers feel need urgent remedying, with teachers and doctors unable to fill up their tank to drive to school or hospital. The blunt communications strategy of insisting there is no lack of fuel is likely to be shifted to urging people to be mindful of others when buying petrol.

Attention is also turning to Christmas. Kate Martin of the Traditional Farm-fresh Turkey Association (TFTA) said the UK could face a “national shortage” of turkeys in the run-up to December.

The TFTA, which represents producers of high-end free-range turkeys, said it was “100% caused by a labour shortage” due to post-Brexit immigration rules, meaning “a whole host” of the workforce is “no longer available for us to use on a seasonal basis”.

The British Retail Consortium also said moves to relax immigration rules to fix supply chain issues was “too little, too late” for Christmas.

Andrew Opie, the group’s director of food and sustainability policy, predicted to the BBC that during the festive season, shoppers would see “less choice, less availability, possibly shorter shelf life as well, which is really disappointing because this could have been averted”.

Jim McMahon, Labour’s shadow transport secretary, claimed the government’s solution of streamlining HGV tests and granting about 5,000 extra visas for drivers and another 5,000 for poultry workers was “not good enough”. He added if ministers did not do more, “shelves will continue to be bare, with medicines not delivered and Christmas ruined for the nation”.

A Tory MP, David Morris, spelled out the scale of the challenge facing the government, noting, “I can remember the winter of discontent and I remember what was building up to it and this to me feels very, very reminiscent.”

Morris added, “We’re not anywhere near that situation yet, but there are perfect storm analogies coming along that could put us into that territory”. He stressed it was a “historic problem” that ministers were trying to address, but admitted the pressure Covid was likely to put on the NHS this winter and the looming end of the universal credit uplift would make it a challenging winter for many.

Shapps on Sunday urged people to “be sensible” and blamed “one of the road haulage associations” for what he called a manufactured crisis, suggesting on Sky News that the group had leaked details from a meeting last week about driver shortages at fuel firms. However, the Road Haulage Association branded it a “disgraceful attack” concocted to “divert attention away” from the government’s handling of the issue.