“John Bolton, A Cat in Guise of A Leopard” 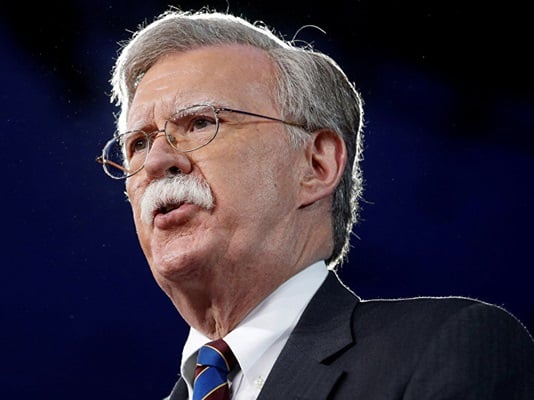 An Iranian political analyst and journalist has described the new US National Security Advisor John Bolton as a cat in the guise of a leopard.

Hossein Shariatmadari, the editor-in-chief of Kayhanpaper, said John Bolton is a scarecrow used by Washington for scaring the US enemies.

“Among US politicians, Bolton is widely known more as a scarecrow to frighten the US enemies rather a warmonger or extremist,” Shariatmadari was quoted as saying in a Farsi interview with Fars News Agency.

He went on to say in each of his previous posts, one of the main missions of Bolton has been to voice harsh and warmongering remarks against the states which resist the US hegemony.

“As Los Angeles Times wrote with tongue in cheek last Tuesday, Bolton has never visited any country before calling for airstrikes against it,” he said.

Shariatmadari also noted Trump and Bolton always talk about waging war against others but interestingly enough, neither of them hasever been in any battlefield and can’t understand the dire consequences of a war. “This comes as some veteran commanders and military generals like General Mattis are not interested in military threats.”

According to Shariatmadari, Trump has picked Bolton as his national security advisor after coming to this conclusion that he can’t impose his three conditions on Iran over the JCPOA.

“With Bolton’s appointment as his national security advisor, Trump is seeking to scare Iran through military threats and pressurizing the country into accepting its conditions. But the appointment is just part of a psychological campaign which reveals how hollow the US threats are when it comes to Iran,” he noted.

Kayhan’s editor in chief underlined that the firm support of Bolton for the Mujahedin-e Khalq Organization (MKO) terrorist group should be viewed in this context because “the MKO is already disbanded and the only aspect of the group which is still attractive for the US and some other western countries is its terrorist and unpatriotic nature.”

Shariatmadari said the US takes advantages of the MKO as a scarecrow while it knows well that the terrorist group which is involved in the killing of at least 17,000 Iranians during Saddam’s war on Iran is no more than an “embodiment of corruption”and “scum of the earth.”

He concluded that Bolton’s appointment will trigger no significant change to the US policies towards the region and Iran.