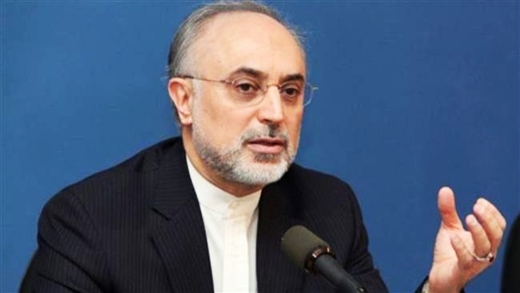 If JCPOA is rejected by Congress, the global credibility of the US will take a hit and the paradigm of the US foreign and domestic policy will change, Salehi predicted.

Iran’s nuclear chief has said that the discussions in the United States on a recent agreement between the Islamic Republic and P5+1 have thrown Washington into political turmoil.

Director of the Atomic Energy Organization of Iran (AEOI) Ali Akbar Salehi said on Monday that the discussions on the Joint Comprehensive Plan of Action (JCPOA), which he described as a “political challenge” to both Iran and the US, have thrown Washington into political turmoil.

“US officials have announced that if JCPOA is rejected by Congress and the president can’t do anything [to prevent such an outcome], the global credibility of the US will take a hit, the dollar will not be able to maintain its status, and the paradigm of the US foreign and domestic policy will change,” Salehi said.

The remarks by the Iranian nuclear chief come as the US Congress will vote on the agreement in September and most Republicans have opposed the agreement. President Barack Obama, however, has expressed confidence that “this deal will go forward.”

The US ambassador to the United Nations warned last week that the US will be isolated internationally and will no longer have any influence on the world stage if JCPOA is rejected.

“If the United States rejects this deal, we would instantly isolate ourselves from countries that spent nearly two years working with American negotiators to hammer out its toughest provisions,” Samantha Power wrote in an editorial published by Politico on Wednesday.

Salehi said that there are also challenges and different ideas on JCPOA in Iran, adding that despite the differences “we will tread a path toward national interests and national sovereignty” under the guidance of Leader of the Islamic Revolution Ayatollah Seyyed Ali Khamenei.

“In this political challenge, the Islamic Republic has driven the opponent into a corner,” Salehi said, adding, “The Islamic Republic could gain the upper hand within a formulated framework and with reliance on dignity, expedience and the Leader’s wisdom.”

He also said that JCPOA will not slow down the country’s nuclear activities.

Salehi further referred to “the limitations” stipulated in JCPOA, saying they will not slow down the basis of Iran’s nuclear activities, and they will be lifted once the two sides have taken trust-building measures.

He also said that Iran has told its negotiating partners that the country has never pursued non-civilian objectives in its nuclear program and will never do so.