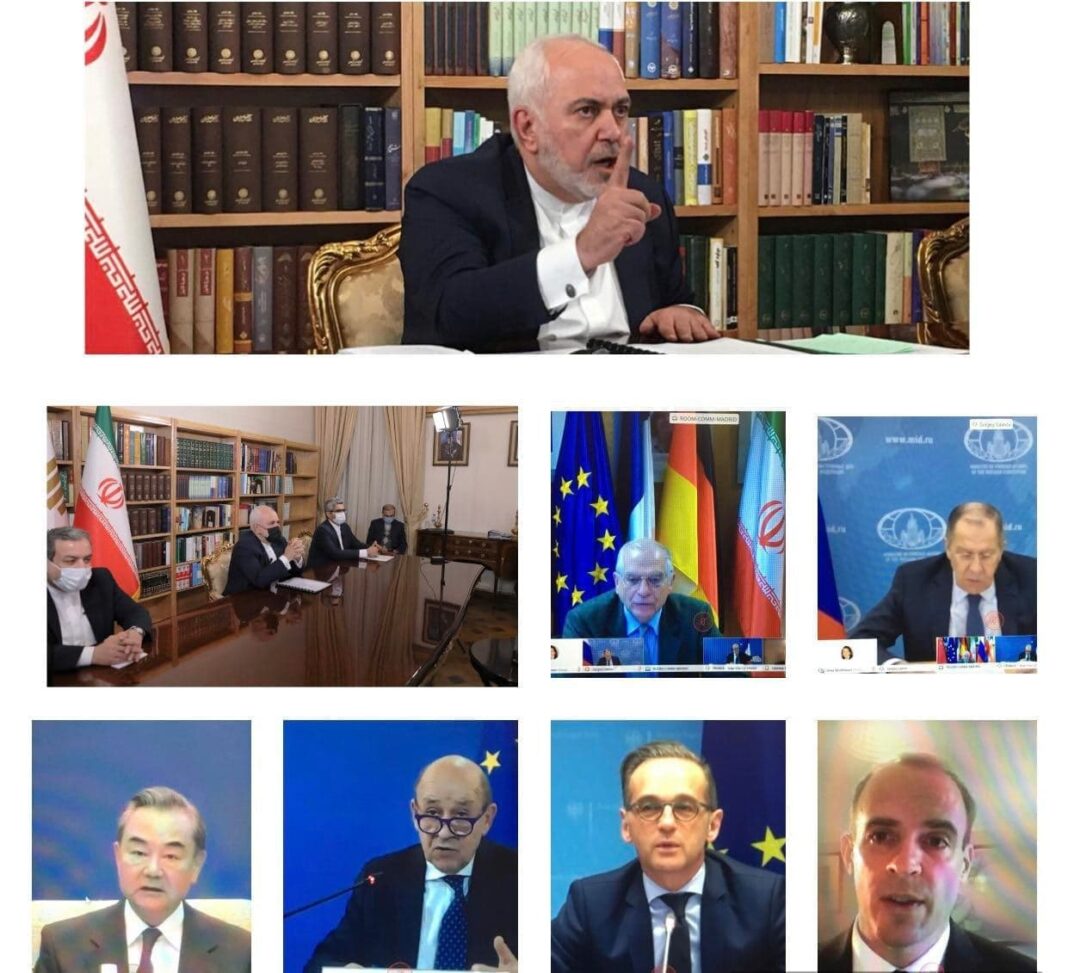 The foreign ministers of Iran, France, the UK, Germany, Russia, and China – the remaining signatories to the 2015 nuclear deal officially known as the JCPOA – had an unofficial online meeting on Monday, December 21, 2020.

At the conclusion of the talks, the top diplomats released a joint statement, the full text of which follows:

1. A Ministerial Meeting of the E3/EU+2 (China, France, Germany, the Russian Federation, the United Kingdom, and the High Representative of the European Union for Foreign Affairs and Security Policy) and the Islamic Republic of Iran, the participants of the Joint Comprehensive Plan of Action (JCPOA), was held virtually on 21 December 2020. The meeting was chaired by the EU High Representative Josep Borrell.

2. JCPOA participants re-emphasised their commitment to preserve the agreement and stressed their respective efforts in this regard. They discussed that full and effective implementation of the JCPOA by all remains crucial and discussed the need to address ongoing implementation challenges, including on nuclear non-proliferation and sanctions lifting commitments.

3. Ministers underscored the important role of the IAEA (International Atomic Energy Agency) as the sole impartial and independent international organisation mandated by the UN Security Council to monitor and verify the implementation of the nuclear non-proliferation commitments under the JCPOA. They stressed the importance of continued good faith cooperation with the IAEA.

4. Ministers recalled that the JCPOA, as endorsed by UN Security Council resolution 2231 (2015), remains a key element of the global nuclear non-proliferation architecture and a significant achievement of multilateral diplomacy that contributes to regional and international security. Ministers reiterated their deep regret towards the US withdrawal from the agreement. They stressed that resolution 2231 remains fully in force.

5. Ministers agreed to continue dialogue to ensure full JCPOA implementation by all sides. Ministers acknowledged the prospect of a return of the US to the JCPOA and underlined their readiness to positively address this in a joint effort.