Japanese PM to Visit Iran for First Time in 40 Years 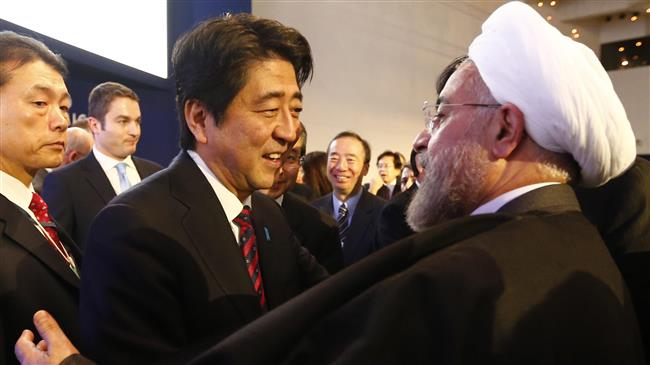 Japanese Prime Minister Shinzo Abe is considering a state visit to Iran in July as Tokyo is seeking to strengthen economic ties with Tehran, government sources have said.

The visit may take place as early as mid-July as part of the Japanese premier’s tour of the Middle East and Europe, Kyodon News reported, noting that the itinerary will be announced soon.

“If realized, it will be the first trip to Iran by a sitting Japanese prime minister since Takeo Fukuda visited the country in 1978,” the news agency said.

Abe is expected to meet with Iranian President Hassan Rouhani and ensure him of Tokyo’s continued support for the Iran nuclear deal despite US President Donald Trump’s withdrawal from the landmark multinational agreement on May 8, it said.

Abe reiterated Japan’s support for the deal in his meeting with Israeli Prime Minister Benjamin Netanyahu during a trip to the occupied Palestinian lands in May.

Netanyahu, a staunch opponent of the deal known as the JCPOA, called it a “bad agreement”, but Abe said the accord was necessary to ensure stability in the Middle East, according to Israeli media reports.

Under the 2015 deal, which was struck between Iran and world powers — the US, the UK, France, Russia, China and Germany — Tehran agreed to put limits on certain parts of its nuclear energy program in exchange for the lifting of all nuclear-related sanctions.

Strengthening economic ties with Iran, which sits on major oil and gas resources, is also high on the agenda of the Japanese leader’s visit.

Iran is Japan’s third-largest energy supplier after Saudi Arabia and the United Arab Emirates. The annual trade volume between the two countries stands at more than $11 billion.

The Japanese prime minister is also due to visit Egypt and Saudi Arabia, after he wraps up his tour to Belgium and France.

In Brussels, the Japanese prime minister will sign a free trade agreement between Japan and the European Union.