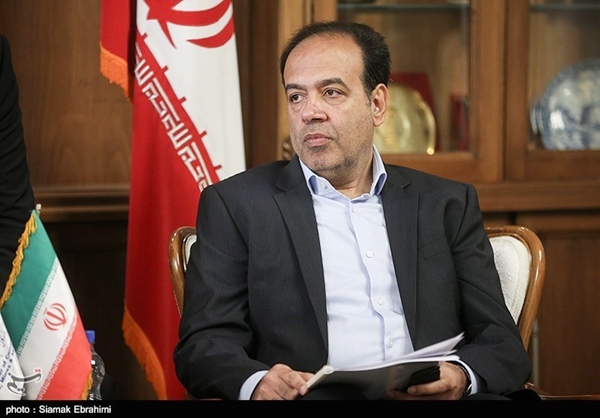 The Head of Iran’s Chamber of Commerce complained to Germany’s Agriculture Minister about the effects of the continuation of Germany’s banking sanctions even after the implementation of JCPOA.

IFP: This article, originally from Tasnim, is a report by Mohsen Jalalpour about his recent meeting with a German Agriculture Minister and trade delegation.

According to Tasnim, Mohsen Jalalpour posted on his Telegram Channel, “I also had two foreign meetings in my compressed schedule yesterday. The first one was with Germany’s Minister of Agriculture and his delegation, then later with Estonia’s Foreign Minister. Both of the meetings were held in the presence of economic experts from the two countries.

“In my meeting with the German Minister of Agriculture, after highlighting the fact that the infrastructure for bilateral activities involves solving banking and insurance issues, I made a serious complaint about the behavior of German banking and insurance institutes during the sanctions era. I told them: During the sanctions, there was no limitation on the food industry, and even its banking transactions were also legal with the right documents. However, Germany drew serious boundaries for food-related banking transactions involving Iran. Worse than that is the fact that they’re still implementing them.  The head of the Agriculture Committee of Iran’s Chamber also talked of this stringency, saying “There is evidence that Americans sent German products to Iran during the sanctions era, using middlemen. This was while we couldn’t make any purchases from Germany.”

“Despite all those issues, the meeting with the German Agriculture Minister was still hopeful. I could see this in his reactions, and those of his delegation, towards collaboration with Iran in mutual investments in fields such as water, wastewater, desalination, modern planting technologies, environment, agricultural tourism and transferring the most recent and modern technologies.

“He also welcomed my suggestion about the importance of forming international collaborations in solving the region’s environmental issues, such as dust.

“In the end, he promised to raise the banking issue as a priority in parliament, and to make sure that Germany will catch up with Austria and Italy in that regard.”