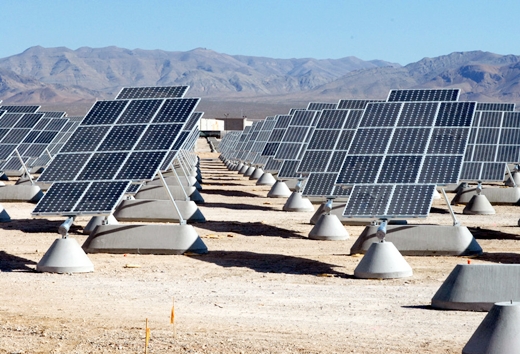 The Italian company of Carlo Maresca S.p.A. is to build a 50-megawatt solar power plant on the southern Iranian island of Qeshm due to its signed agreement with the Qeshm Free Zone Organization, ISNA reported on Sunday.

The deal was signed between Fabio Maresca, the chairman of the Italian company, and Hamidreza Mo’meni, the head of Qeshm Free Zone Organization, on the sidelines of Italian Prime Minister Matteo Renzi’s visit to Iran.

Underlining the new round of bilateral economic relations between Iran and Italy, Mo’meni noted that the government seeks to improve the southern island via expanding macro-economic activities there and reinforcing its infrastructure including construction of the intended solar power plant.

Maresca, for his part, vowed that his company will complete this project in eight months.

Heading a 250-strong political and economic delegation, Renzi arrived in Tehran in last Tuesday, making him the first Italian official in such capacity to visit Iran since 2001.

Parts of the delegation were Italian ministers of infrastructure and transport; economic development; and agriculture, food and forestry policies. Businessmen and personalities from Italy’s public and private sectors were also accompanying Renzi in the visit.