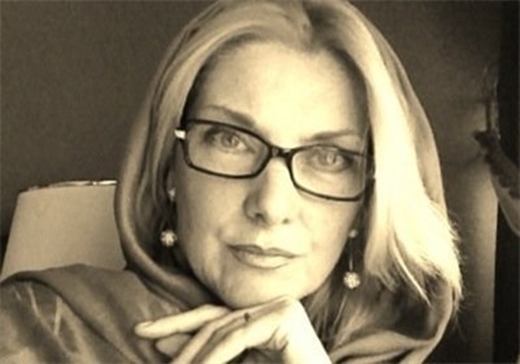 An Italian anthropologist described the recent letter by the Supreme Leader of Islamic Revolution to Western youths as a “historic letter” whose impact will be revealed in future.

On January 21, Supreme Leader of the Islamic Revolution Ayatollah Seyed Ali Khamenei wrote a letter asking the European and North American youths not to judge Islam based on the recent terrorist attacks in Paris.

In his letter, Imam Khamenei urged Western youths to try to gain a direct and firsthand knowledge of the religion in reaction to the flood of prejudgments and disinformation campaigns.

In an e-mail interview with the Tasnim News Agency, Italian anthropologist Tiziana Ciavardini discussed the significance of the Supreme Leader’s letter.

Ciavardini is a cultural anthropologist, and the president of Italy’s Ancis Anthropology Forum.

Here is the full text of the interview.

Q – Regarding the recent letter by Iran’s Supreme Leader to the youth in Europe and North America, how could it be (more) effective in attracting those youths to real and authentic Islam?

A – What written in the letter is very true, we must learn from the real source. I hope that this letter could help the youth to study Islam as a religion, and lessen the bad propaganda against Islam. Ayatollah Khamenei said that there had been a flood of misinformation about Islam in the West. Unfortunately, in western countries people who declare themselves as ‘expert’ on Islam sometimes are confused about understanding the religion. Even the one who tries to tarnish the image of Islam, most of the time doesn’t know what he is talking about. This is one of the reasons behind the increase of Islamophobia in the West.

Q – How capable this message is in preventing the ongoing Islamophobia in the West?

Iran’s Supreme Leader understands better than anyone the importance of the new generation. He is talking to them because he knows the elder are already spoiled. He knows that we must push our youth to learn and study, since they are the future. If we encourage our youth to understand Islam from the (real) source, we can hope a better future with less people afraid of Islam. Islamophobia is just a fear of what we don’t know. We have also in Italy some cases of Islamophobia since people confuse Islam with terrorism. With our immigration policies, we have many Muslim people here in Italy who have escaped from war or difficulties in their countries to find a better life either in Italy or in Europe. Unfortunately these people may be stigmatized as people who may import terrorism to Italy. Especially at this moment that we are living in fear of terrorist attacks, in a state of maximum security alert.

Q – Do you think Western mainstream media are interested in widespread dissemination of Supreme Leader’s letter, or Western media empire is reluctant to publish it?

A – When the letter first appeared in English on the website I told myself: this will be a historic letter. As far as I know, this is the first time that Iran’s Supreme Leader talks to the western youth in this confidential way. The letter seems to me that he is saying much more than the words written on it. I was surprised as well to see that the letter was not on the first page of Italian Newspaper. The reasons could be varied. Even though Italy and Iran have great cooperation in many fields and we also see the new Italian government is ready to talk with and invest in Iran, still there are some media unenthusiastic to publish a letter from the Leader of Islam Republic of Iran. We can think of it as a sign of respect:  the important words from a religious Leader could not be shared just on a piece of paper, but still this reflects my theory about the prejudice on Iran. If something bad (in western eyes) happens in Iran, the news will be on first page, if it is good news it means no news. In this case, they make a mistake. We will see in the future the power of words of Supreme Leader.

A – The best of this letter is the way the Leader emphasizes the new generation’s education. He with all his experiences and culture knows that education is the way to succeed. Not only in school or university, education is the way to fight the war and bring peace on the earth. It is very important that he didn’t force the youth to convert to Islam and be Muslim, but just urged them to understand Islam and study from the source.

He did not refer to the violence directly, but on the intellectual conditions that allows ideologies of violence to exist.

Q – In your opinion, could this letter be a new chapter in paying attention to Islam by Europeans?

A – Yes this could be, if Western young generation spends more time on intellectual fields instead of material issues. Some Western countries are losing more values day by day and most of the youth do not have any hope for the future, not even dreams.  I am not a Muslim, but I have not seen in any other religion the devotion I see in Islam. I think Islam can help all of us understand better the world we live in. The territory of Islam has given birth to the most famous scientists and intellectuals. How can we believe that the same territory has given birth to people who spread death?

Q – Can this letter show the differences between authentic Islam and the one that the Islamic State in Iraq and the Levant (ISIL) and other terrorist groups have shown?

A – Whoever makes correspondence between Islam and terrorist groups certainly doesn’t know Islam. The Supreme Leader takes his distance from terrorist acts. It is unthinkable that someone who really believes in a religion may commit these acts.  How a religion of peace may suggest to the people to kill other people? Islam has nothing to do with this brutality. What people do not understand yet is that the primary victim of this cruelty is Islam itself. They operate in the name of Islam but the reasons are not religious but just political. These attacks and terrorist groups are damaging the peaceful vision of Islam. We must ask ourselves who will benefit or get power by showing Islam so hostile.

Q – What is the next step in order to enlighten the youth in West to introduce the real Islam to them?

A – We know that Islam is spreading in Europe. We have also seen an increase in the number of conversion to Islam in Italy. Islam is the second faith in Italy. I think the next steps must be taken by Western governments increasing the useful projects to let people understand Islam better. In Italy we have already schools with scholars from diverse nationalities and I hope in future we will be able to introduce lessons of ‘Religious Studies’ instead of studying one religion. Studying other religions does not mean converting to other religions, but learning more about something we don’t know. In the letter of Ayatollah Khamenei, he wrote about ‘other’. This term is exactly what we must understand. Other means knowing people who are different from us and we must consider diversities as great values to improve comprehending our nature.