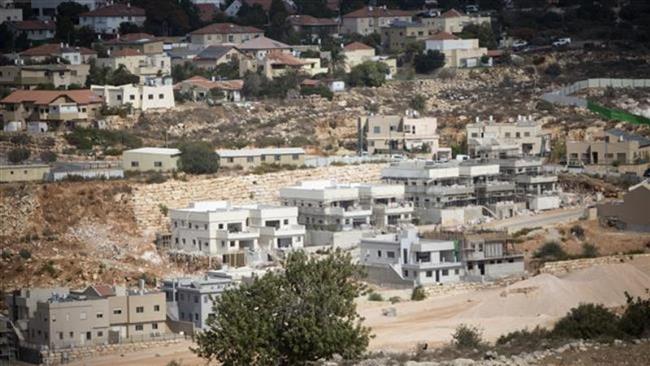 The Iranian Foreign Ministry has strongly condemned a recent Israeli bill to legalize some 4,000 settler units in the occupied West Bank, saying the Tel Aviv regime’s settlements are a “mass and blatant violation” of international law.

The illegitimate nature of the Israeli regime is based on the occupation of Palestinian lands, Iranian Foreign Ministry Spokesman Bahram Qassemi said on Friday.

He emphasized that those who are behind such moves are flagrantly violating international law and “must be prosecuted.”

“The settlements are a serious obstacle to the materialization of the Palestinian people’s right to self-determination,” Qassemi said.

The Iranian spokesperson urged all “government and international institutions” to make use of all possible means at their disposal “in order to oblige the Zionist regime [Israel] to abide by international rules and principles.”

He also called on governments, the United Nations and other relevant bodies not to suffice to merely condemning the Israeli moves in words without taking any practical measure.

The world bodies make an “immediate and practical” move to “stop the continuation of inhuman and illegal activities of this regime and prevent [the construction of] new settlements in Palestine,” Qassemi said.

In the first of three readings needed to turn the bill into law, 57 members of the Knesset voted to approve the draft legislation while 51 opposed.

More than half a million Israelis live in over 230 illegal settlements built since the 1967 Israeli occupation of the West Bank and East Jerusalem al-Quds, another Palestinian territory.

The Palestinian Authority wants the West Bank as part of a future independent Palestinians state, with East al-Quds as its capital.

Built on occupied land, the settlements are internationally condemned as illegal and equal to land grab.

The United States, Israel’s oldest and strongest ally, Germany, the country least critical among its fellow European nations of Tel Aviv, United Nations officials, and the European Union have voiced strong criticism of the bill.

In a Thursday statement, UN High Commissioner for Human Rights Zeid Ra’ad al-Hussein condemned as “unequivocally illegal” the Israeli bill and called on elements inside the Tel Aviv regime to revise their support for the bill.

The international community regards all settlements as illegal. The Tel Aviv regime has, however, continued to expand its illegal construction activities, defying warnings that the move could hamper the so-called Middle East peace talks.