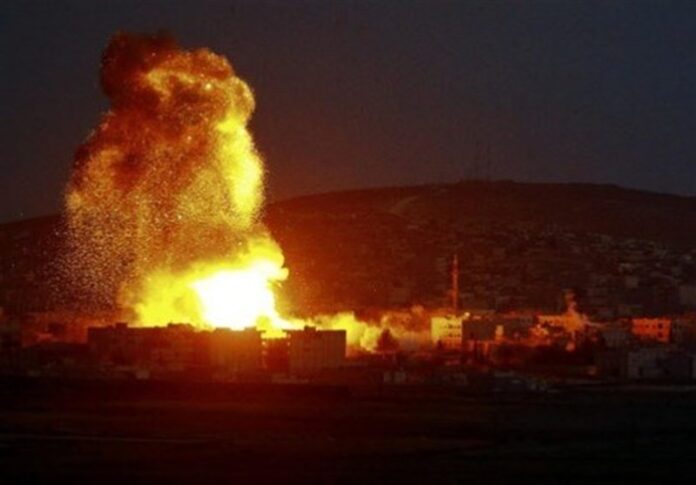 Syrian state news agency (SANA) reported that Mezzeh Airport was rocked by multiple explosions, with ambulances rushing to the scene.

The Syrian Arab Army has warned that there will be repercussions for Israel for the “flagrant attack” on the military base, state TV said, citing a Syrian army command spokesman. It also linked the alleged strike to Israel’s “support of terrorist groups.”

The army said several missiles were fired at the Mezzeh airport’s compounds from the Lake Tiberias area in northern Israel at about 12am Friday. The strike reportedly damaged one of the compounds of the crucial military facility, RT reported.

The Mezzeh airport is located west of Damascus, just 5 kilometres from the Presidential Palace, the official residence of Syrian President Bashar Assad.

There was no information on the death toll resulting from the airstrike immediately available. The base is reported to house Syria’s elite Republican Guards and Special Forces.

Footage from the scene with heavy fire and the sounds of explosions has surfaced on social media. Multiple reports from journalists and activists on the ground described the bombing, with the opposition also reporting there were rockets fired.

This is the second time in two months the Israeli Defense Force (IDF) has being accused by the Syrian government of targeting Syrian positions from Israeli territory.

On December 7, SANA reported that “several surface-to-surface missiles” were launched by the IDF from the Golan Heights. At the time, the source in the Syrian armed forces slammed the attack as a “desperate attempt” by Israel to endorse terrorists.