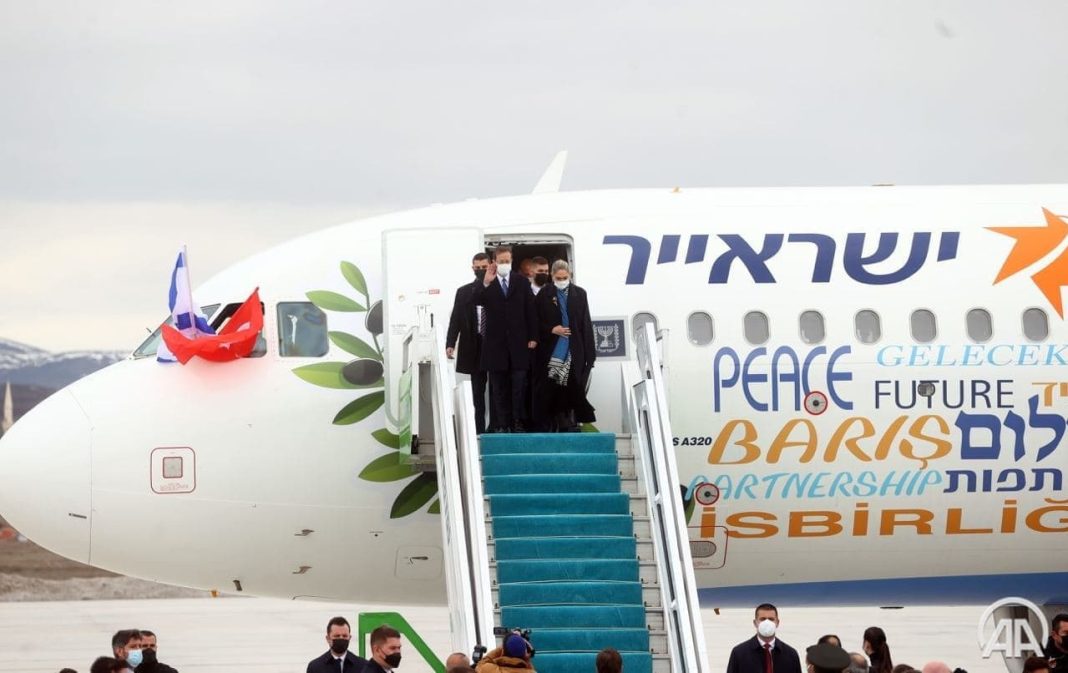 Israel's president arrived in Ankara Wednesday on a trip aimed at repairing fractured ties with Turkey. Demonstrators had burnt the Israeli flag in the Turkish city of Istanbul ahead of the visit.

Isaac Herzog’s visit to Ankara and Istanbul, on Wednesday and Thursday, was in the making for weeks as the countries sought a rapprochement. It in the first visit to Turkey by an Israeli head of state since 2007.

Before departing Israel, Herzog noted that in talks with Turkish President Recep Tayyip Erdogan, he would seek to “restart” relations undermined by “ups and downs”.

Erdogan has stated the visit, announced first in January, will herald a “new era” and that the two countries could work together to carry Israeli natural gas to Europe, reviving an idea first discussed more than 20 years ago.

Turkey and Israel have traded accusations constantly over Israel’s occupation of Palestinian territories and Ankara’s support for the Hamas group.

Hundreds of demonstrators burnt the Israeli flag in a gathering in Taksim Square, where they also shouted “Death to Israel” and “Death to America”. The protesters denounced any normalization with the regime in Tel Aviv and vowed to support the Palestinian cause.