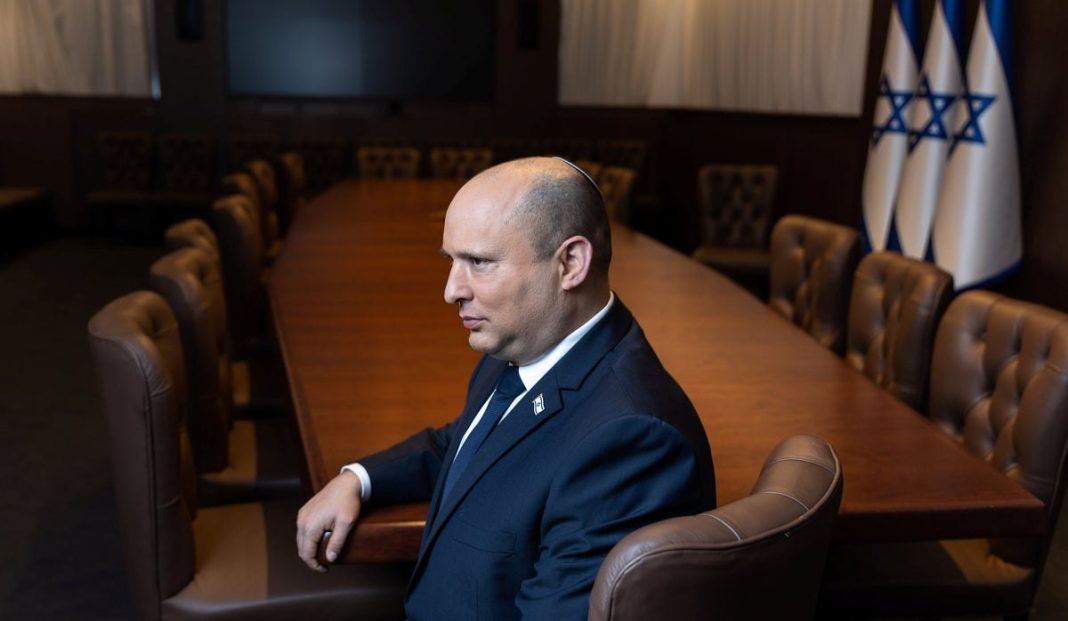 Outgoing Israeli Prime Minister Naftali Bennett says he will not stand in the upcoming general election, according to his spokesperson.

Bennett announced to lawmakers from his Yamina party on Wednesday “his intention not to stand at the next elections”, his spokesman said, as MPs prepared to dissolve Israel’s current legislature, paving the way for polls later this year.

He will continue to serve as alternate prime minister in a caretaker government to be led by Yair Lapid, who is the architect of the coalition and is currently foreign minister.

“I leave behind a thriving, strong and secure country,” Bennett told reporters on Wednesday.

“We proved this year that people with very different opinions can work together,” he added, referring to his ideologically diverse coalition.

The government announced last week that it would dissolve the Knesset ahead of elections expected later this year, but the voting required for dissolution has been bogged down by disputes with the opposition.

The government of right-wing, liberal and Arab parties was fragile from the start.

With a razor-thin parliamentary majority and divided on major policy issues such as Palestinian statehood, Israel’s occupation of the West Bank, and state and religion issues, the eight-faction alliance began to fracture when a handful of members abandoned the coalition.

The new vote could set the stage for a return to power by former Prime Minister Benjamin Netanyahu, who is now the opposition leader.

Netanyahu has pledged that his alliance of right-wingers, ultra-nationalists and ultra-Orthodox Jewish parties will win the upcoming vote, but polls show that he may also struggle rally a parliamentary majority.

Lawmakers from the pro-Netanyahu bloc have stated they were working to form a new government before parliament dissolves. That scenario, which appears remote, would scupper an early election.