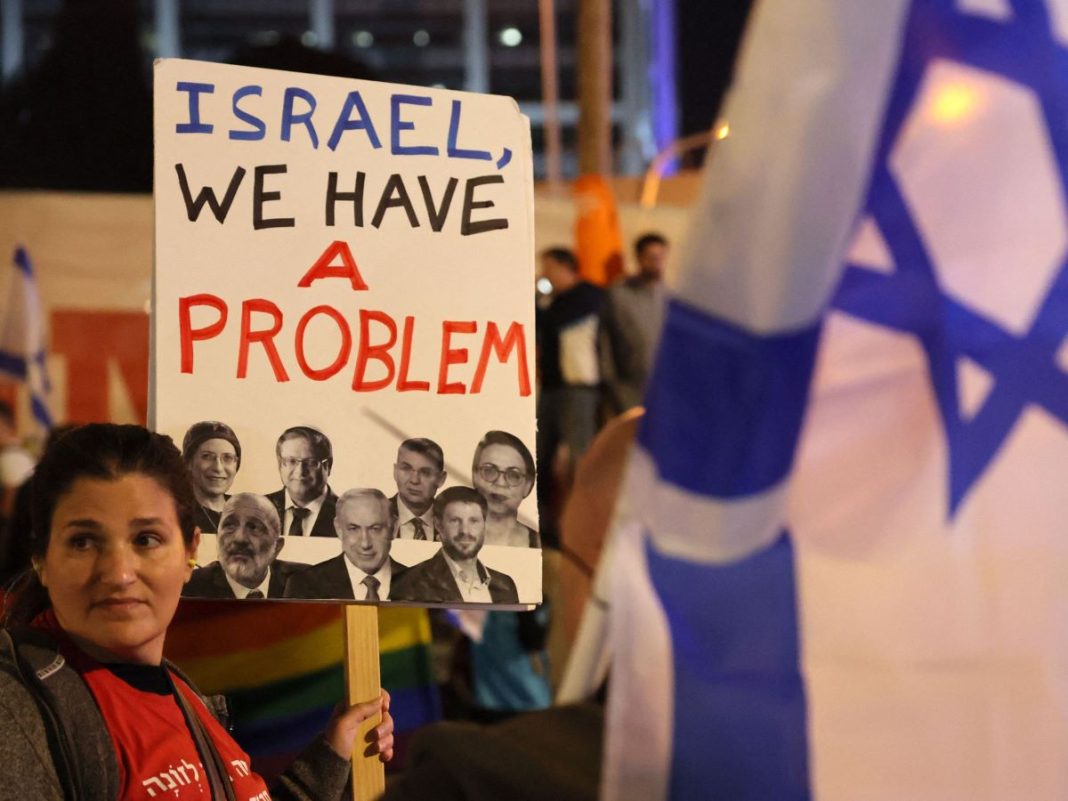 At least 130 Israeli high-tech companies and startups have announced that they will stage warning strike to protest plans by Prime Minister Benjamin Netanyahu’s new cabinet to "overhaul" the judicial system and weaken the Supreme Court.

The list of companies planning to join the Tuesday morning action includes internationally renowned brands such as Wiz, INX, Cheq, Natural Intelligence, Luminescent and many others.

More protests will take place around the occupied Palestinian territories on Thursday, with a huge demonstration planned in Tel Aviv on Saturday night.

“The dictatorial coup will severely damage civil rights, the Israeli economy and all aspects of life,” the joint committee of organizations opposing Netanyahu’s cabinet read.

“Therefore, it is incumbent on us to take drastic measures. The economic damage notwithstanding, we are taking this step as a first step to say loud and clear to the Israeli cabinet that the coup d’état will not go through,” the joint committee noted.

Last month, representatives of Israel’s high-tech sector addressed an open letter to Netanyahu, saying that “making common cause with extremists” such as minister of national security Itamar Ben-Gvir and far-right politician Bezalel Smotrich could severely hamper Israel’s standing as a tech hub.

On Saturday, more than 100,000 people turned out to two rallies in Tel Aviv to protest against legal changes that could weaken the Israeli Supreme Court.

The rally followed another demonstration last week that also drew tens of thousands in an early challenge to Netanyahu and his ultraorthodox cabinet — the most right-wing in Israeli history.

The demonstrators carried Israeli flags and banners that read “Our Children will not Live in a Dictatorship” during Saturday’s rally, and said the incumbent cabinet’s success in pushing through the plans would tighten political control over judicial appointments and limit the Supreme Court’s powers to overturn cabinet decisions or Knesset laws.

Other protests took place in the cities of al-Quds, Haifa and Beersheba.

Opponents argue that the legal changes threaten the independence of judges and weaken oversight of the ruling cabinet and parliament. They also say the plans will undermine the rights of minorities and open the door to more corruption.

Politicians from Netanyahu’s Likud party have long accused the Israeli Supreme Court of being dominated by leftist judges. They claim that the judges encroach on areas outside their authority for political reasons.