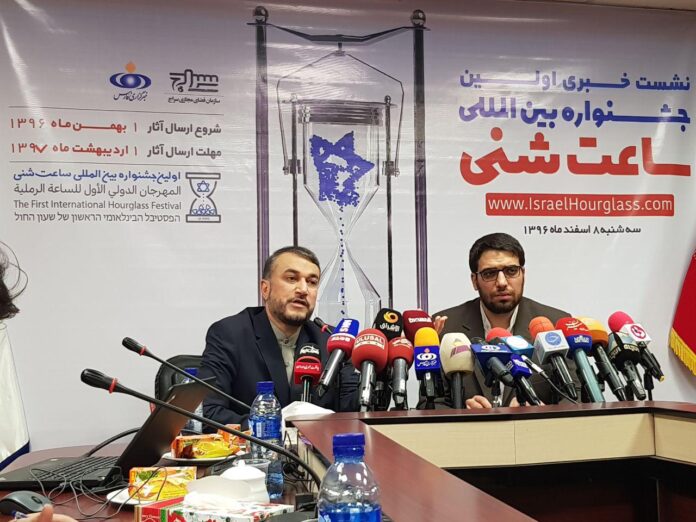 Hossein Amir-Abdollahian, an advisor to Iranian Parliament Speaker and an influential diplomat, has blamed the Israeli regime for the ongoing tension in Eastern Ghouta, saying the Nusra Front terrorists are trying to ensure Israel’s security from inside the Syrian territory.

Speaking to reporters on Tuesday, Amir-Abdollahian pointed to the ongoing developments in Syria’s Eastern Ghouta, and said the Israeli regime is to blame for the escalation.

“The Israeli jet was shot down in Syria, and Israelis were terrified. All equations in the region were changed. While certain Israeli officials said it was an accident and won’t be repeated, it wasn’t an accident and they knew it,” he noted.

“The Nusra Front terrorists have a written agreement with Israel to ensure the Zionist regime’s security from inside the Syrian territory. Israelis are behind the developments in Eastern Ghouta,” he added.

“Syria will from now on give crushing responses to Tel Aviv and its aggressions,” he added.

He also noted that the US is totally standing by Israel in this case. “When Nusra Front commanders and other terrorists were being defeated in Eastern Ghouta, they raised the issue of ceasefire and asked the UN to stop the attacks on terrorists.”

Amir-Abdollahian also referred to the Turkish operation in Syria’s Afrin, and said no country in the region should once again, with any justification, use force and military option.

“All sides must remain committed to supporting political process in Syria, help the Syrian government cleanse the country of terrorists, help the return of refugees and the country’s reconstruction,” he noted.

“Afrin and Eastern Ghouta developments are in contradiction to regional peace and security,” he went on to say.

Stressing that Turkey has concerns about its national security in Afrin, Amir-Abdollahian expressed the hope that all players in Syria would pursue resolution of problems through dialogue.