Iran Front Page
Home Politics Nuclear Israel Has Not Given IAEA Any Document on Iran: Russia 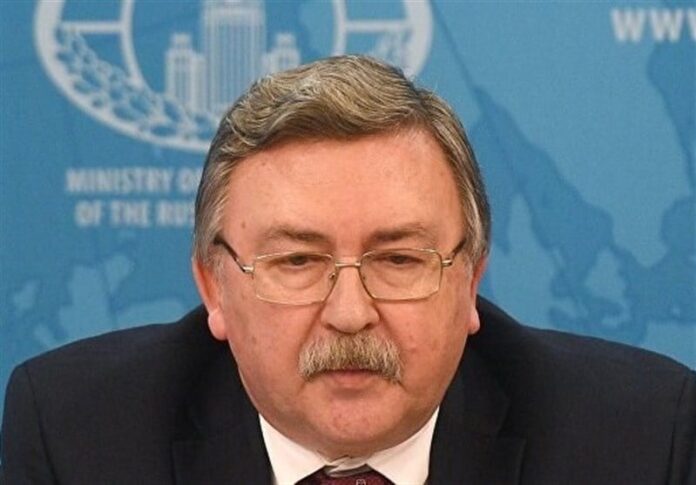 The Russian Federation does not have any information that confirms Israel has handed over some documents on Iran’s nuclear program to the International Atomic Energy Agency (IAEA), said Russia’s permanent representative to the agency, Mikhail Ulyanov.

“I have no information that the Israelis have already handed over their materials to the IAEA,” the Russian-language RIA Novosti quoted Ulyanov as saying on Monday.

“If they (Israelis) have done so, the secretariat of the IAEA will analyze them, and it will probably take a long time because of the huge amount of materials announced by the Israeli prime minister,” Ulyanov added.

On a live TV program in late April, Israeli Prime Minister Benjamin Netanyahu claimed that Israel had about 100,000 paper and digital documents that prove that Iran’s nuclear program had a secret military dimension, according to the report.

The remarks came as IAEA Director General Yukiya Amano once again affirmed that Iran has fully implemented its commitments under the Joint Comprehensive Plan of Action (JCPOA), the multilateral agreement on Tehran’s nuclear program.

Addressing the 62nd regular session of IAEA General Conference in Vienna on Monday, Amano said, “Since the last General Conference, we have continued to verify and monitor the implementation by Iran of its nuclear-related commitments under the Joint Comprehensive Plan of Action.”

“Iran is implementing its nuclear-related commitments under the JCPOA. It is essential that Iran continues to fully implement those commitments,” the Japanese head of the IAEA said.

“The Agency continues to verify the non-diversion of nuclear material declared by Iran under its Safeguards Agreement. Evaluations regarding the absence of undeclared nuclear material and activities in Iran continue,” Amano added.

The IAEA is responsible for monitoring Iran’s nuclear activities as per the nuclear deal and should also help Iran develop its nuclear energy program.

On May 8, the US President Donald Trump pulled his country out of the JCPOA, which was achieved in Vienna in 2015 after years of negotiations among Iran and the Group 5+1 (Russia, China, the US, Britain, France and Germany).