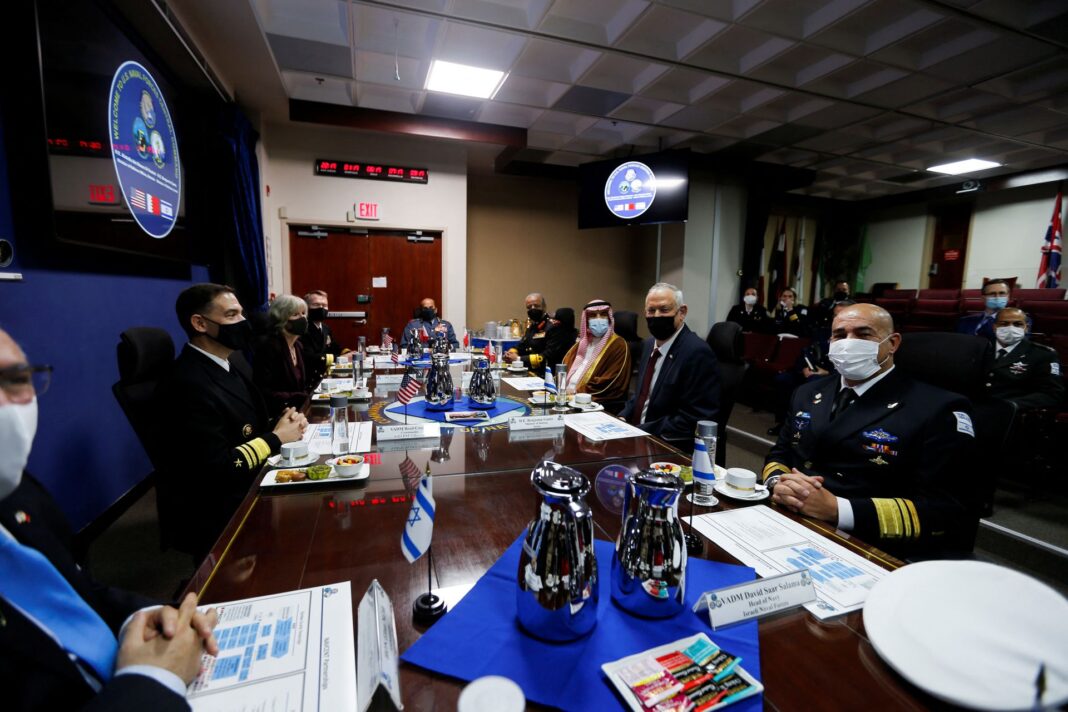 Israel and Bahrain signed a security cooperation agreement on Thursday during a visit by Israeli minister of military affairs Benny Gantz to the kingdom and amid heightened tensions in the region.

Bahrain, along with the United Arab Emirates, normalised relations with Israel in 2020 under the US-brokered Abraham Accords.

“The MOU (memorandum of understanding) framework will support any future cooperation in the areas of intelligence, mil-to-mil (military to military), industrial collaboration and more,” the Israeli Defense Ministry said in a statement.

An Israeli official stated Thursday’s agreement with Bahrain was the first such pact that Israel had reached with one of its new allies in the Persian Gulf.

“Only one year following the signing of the (Abraham) Accords, we have achieved an important defence agreement which will contribute to the security of both countries and the stability of the region,” the Israeli Defense Ministry quoted Gantz as saying.

It said he and his Bahraini counterpart signed the document, and that Gantz had held talks with King Hamad bin Isa al-Khalifa at the royal palace.

Earlier in the day, Gantz visited the US Navy Fifth Fleet’s headquarters in Bahrain.

Bahrain hosts the Fifth Fleet’s headquarters as well as some operations for CENTCOM, a US military coordination umbrella organisation for the Middle East that Israel joined last year.

“Against a backdrop of increasing maritime and aerial threats, our ironclad cooperation is more important than ever,” Gantz said on Twitter after the naval base visit.

Israel this week is joining a 60-nation US-led Middle East naval exercise alongside the UAE and Bahrain and, for the first time, publicly alongside Saudi Arabia and Oman, two countries it has no diplomatic relations with.