Is ITIL Dead? Facts Behind This Myth 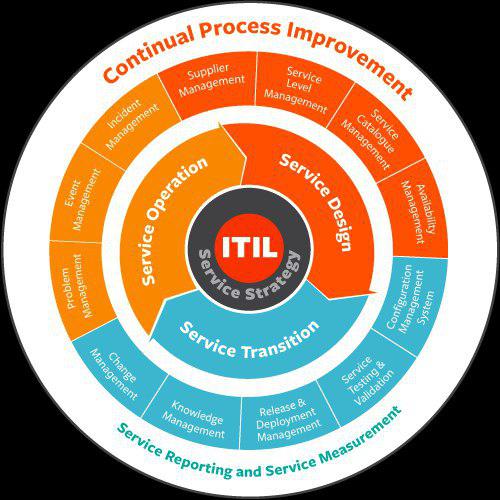 A set of detailed practices that focuses on aligning IT and business, to tie the needs of each towards a common goal, ITIL has come a long way from being the government database. ITIL practices have broken several new grounds in ITSM and served the corporate culture and the IT boom well.

Post the revision of revision in ITIL v3 which was released in 2007 and fully incorporated by 2011, ITIL became the most popular framework or process supporting ITSM. Several large organizations including banks and even government organizations like NASA abide by the guidelines set by the vast enterprise and have benefitted at large. To say the least, ITIL has built itself a solid ground in the ITSM sector. However recent talk about “ITIL is dead” that’s appearing ever so often on the internet and catching the buzzword bloggers’ attention requires addressing, especially now that ITIL 4 Foundation is released. Read on if you want answers to the big questions.

The big question: Agile vs. ITIL vs. DevOps broken down

Getting straight to the point. Firstly, it is time to address the fact that the question in itself is moot. It is like comparing apples and oranges. To compare the waterfall model to Agile or DevOps makes sense because the primary goal of both these approaches is to streamline workflow processes particularly during the software development phase ONLY. Note the stress on ONLY. ITIL, on the other hand largely focuses on end-to-end services and takes a fairly diplomatic approach towards the development phase. ITIL advocated for continuous improvement and has always done so. This apparent conflict of interest between software development models and service lifecycle models is merely a case of misinterpretation. In fact, we might go safe as to say that many of the concepts advocated in Agile and DevOps largely follow suit even in ITIL. To say the very least, might we say that it is rare to find an organization or even a team or individual for that matter who can see 100% results by sticking to one model purely. Most companies of today, and more importantly, most entrepreneurs of today are aware that you need to do what’s best for you. Like we always so, one can never have too many arrows in their quiver.

How ITIL integrated DevOps and Agile

Especially seen in the latest iteration, ITIL is all about continuous improvement at its core. Agile isn’t the platform out there that advocates continuous improvement; One should take time to address the very least is that one should address the key developments in It as a whole; there is SO MUCH DATA now; and so many ways to collect data; so many ways to interpret data; and so many ways to present and derive from it. Given the advent of automation has escalated quite a bit, it seems unlikely that incorporating a self-assessment that leads to continual improvement is against any process, whether it be Agile, DevOps or ITIL. The ITIL 4 Foundation training is a through and through to get you started on your journey to familiarise yourself with the terms and practices that are accepted worldwide.

ITIL 4: The new kid in the block

Just like the new kid on the block, ITIL 4 brings loads of goodies that are sure to get you excited. Whether you are looking at optimizing your organization ITSM strategies, or if you are just starting off on your IT career, it’s never too late to get involved with a global platform that takes business very seriously. ITIL has moved with the times and there are several modifications that pose well for the modern outlook. ITIL 4 defines best practices and is not just about defining terms and processes. That’s what gives it the extra judge. It acts as the be-all guide towards incorporating little things that lead to bigger outcomes. ITIL 4 foundation course is the new Industrial Revolution 4 and there’s every reason for organizations small and large to take the courageous step towards a better tomorrow.

Moreover, there are also modifications in terms of certification levels that ITIL has brought up which might be relevant to those who already in the know-how of ITIL. Transitioning from ITIL v3 is highly recommended. Stop second-guessing yourself about ITIL’s prevalence in ITSM and get on the moving train before it’s too late. Be the cream few who had it first!