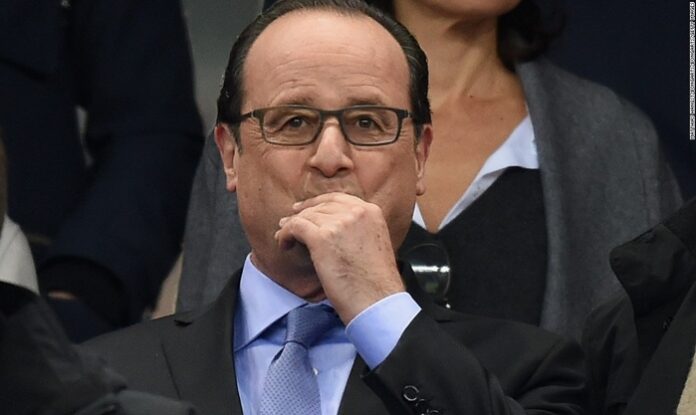 The main culprit behind the massacre of innocent people in the West and East are those who used IS as a tool to serve their interests and advance their cause.

Regardless of the bitterness of the Paris terrorist attacks which killed over 100 French nationals, any study of the root causes of this shocking incident should not be superficial.

In an analytical piece, Khabaronline.ir has dissected what contributed to the terrorist attacks in the French capital. What appears next is the translation of the piece by Vandad Alvandipour which was published on November 17:

Following the poignant deaths of about 130 innocent people in the Paris attacks at the hands of the IS terrorists, France was inundated with messages of condolences by leaders from different countries, including the US, Turkey and Saudi Arabia. And French President Francois Hollande delivered a long speech in support of French values.

But Hollande, his predecessor Nicolas Sarkozy and some of the world leaders who had sent messages of condolences need to take their share of blame for the countless crimes committed by IS.

[Negligence here and there by different players has paved the way for IS to put its name on the map]: When Abu Bakr al-Baghdadi, the IS leader, freely visited Iraq’s Camp Bucca and recruited for a new terrorist group on orders of the Central Intelligence Agency and under its supervision.

When IS with a maximum number of 2,000 terrorists armed with light weaponry started to close in on Mosul through desert from Syria under the nose of US satellites and drones, and when on a suspicious order by Iraqi Army generals acting under the supervision of the US military, the Iraqi Army handed over its weapons to IS terrorists and fled.

When Turkey in cooperation with Western intelligence services, kept sending armed IS terrorists in groups of dozens or hundreds on a daily basis to Syria to topple Syrian President Bashar al-Assad, and in a thinly-veiled move, it bought Iraq’s oil from the terrorist grouping.

Or when Western news outlets, the French included, turned a blind eye to the horrific death of Press TV’s Turkey correspondent Serena Shim, who died in a suspicious collision with a trailer truck a few hours after she had snapped images of IS insurgents crossing into Syria from Turkey on board UN ambulances.

When with the support of the US and some Western governments, Saudi Arabia and Qatar shipped financial and arms aid worth tens of billions of dollars to IS on a monthly basis.

When France launched massive airstrikes on Libya, killed thousands, threw the country into disarray, turned it into a recruitment hub for IS, and presented Gaddafi’s weapons depots as a gift to the terrorist grouping – apparently in a move to hold on to French values and its oil interests.

Since the launch of the so-called anti-IS coalition which brings together 60 countries, including the US, Britain and France over a year ago, coalition fighters have been hovering over IS positions in the name of the fight against the terror group. Not only have these airstrikes not weakened IS, but the terrorist group has grown more powerful.

The difference between the Paris attacks and countless other crimes committed by IS is that the latter in which tens of thousands have lost lives, limbs and houses has taken place in Middle-Eastern countries such as Syria, Iraq, Afghanistan and Libya, while the former has happened at the heart of Europe.

In the eyes of many media, officials and unfortunately Westerners, the lives of thousands of the victims in the Middle East is deemed as less valuable. But, in the Paris attacks, the victims were European. What should be kept in mind is that regardless of race, religion and language, humans are humans anywhere in the world they are.

It’s a fact that in addition to a sizable swath of the Middle East turned into a slaughterhouse by IS, it has terrorist cells in every corner of the West, and it can launch tragic attacks akin to those of Paris anytime it wants.

The main culprit behind the emergence of this situation and massacre of innocent people in the West and East are those who used IS as a tool to serve their interests and advance their cause.

They have the blood of those killed in the Paris attacks on their hands and these blood stains cannot be washed away by the crocodile tears Western officials are shedding.