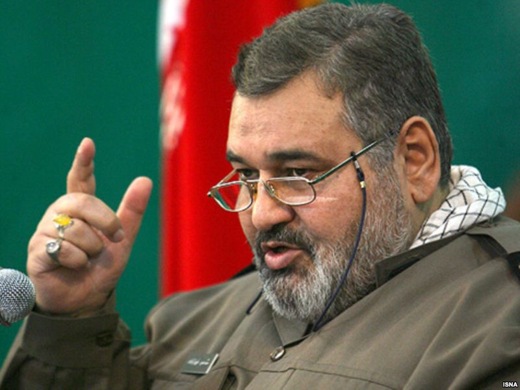 Firouzabadi reiterated that Tehran is fully determined to smash IS terrorists if they advance to around 40 kilometers of Iranian borders.

Chief of Staff of the Armed Forces Major General Hassan Firouzabadi said Tuesday that IS terrorists do not dare get close to the Iranian borders.

Talking to reporters, Firouzabadi reiterated that Iran is fully determined to smash IS terrorists if they advance to around 40 kilometers of our borders.

He stressed that the Takfiri and terrorist forces are present in the vicinity of the Iranian border areas.

Last week, Minister of Defense Brigadier General Hossein Dehghan said IS terrorist group is not capable of threatening Iranian borders and that Tehran does not regard IS as a threat.

Dehghan said that the Iranian nation will not welcome IS terrorists.

Capability of Iranian security, military and police forces is so high that it can thwart any hostile act before it begins, the defense minister said.

Dehghan made it clear that the Iranian security forces are closely watching IS forces.

‘If IS had been able to take any action against the Iranian security, they would have done so already,’ the general added.