Is Adel al-Jubeir a CIA choice? 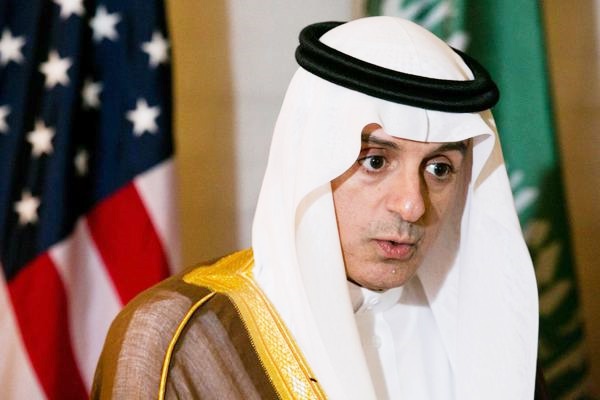 Seyyed Ali Musavi Khalkhali: There are informed sources in the Iranian Foreign Ministry who believe that the changes in Saudi Arabia’s new government have been directly carried out under the eyes of the CIA. They claim that maintaining Saudi Arabia’s stability is of strategic importance for the US due to two important facts: oil and energy provision and security. Both of these are strategic issues for the US and the West.

Saudi Arabia is OPEC’s largest, and the world’s second- or third-largest oil producer (until 2011, Saudi Arabia was second, but it has been claimed that since America’s shale oil starting officially in 2015, Saudi has been pushed into third place). Any type of interruption in its oil production can damage the oil global markets. In terms of security, everyone is fully aware of the close collaboration between the CIA and the GIP (General Intelligence Presidency) and just how much the CIA’s actions in the region depend on its cooperation with Saudi Arabia.

This is why the CIA interfered in and managed the power transition in Saudi Arabia after the death of Malik Abdullah, when the power struggle among Saudi Arabia’s rulers was developing, and the princes were dividing the power by standing against each other. After that, Malik Salman enacted a series of changes, some of which were explicable and predictable, while some were surprising. For instance, choosing Adel al-Jubeir as the replacement of Saud al-Faisal, the veteran foreign minister of Saudi Arabia, was a surprise for many. Based on the Iranian Foreign Ministry sources’ claims, can we say that the choice of Adel al-Jubeir was a CIA decision?

Who is Adel al-Jubeir?

Adel al-Jubeir doesn’t have a strong history in the Saudi Arabian Foreign Ministry. In the beginning of the 1990s, Bandar Bin Sultan, who was Saudi’s ambassador to Washington, hired him in the embassy as an interpreter. His rose rapidly from a simple interpreter, becoming close to Bandar Bin Sultan, until he made him the embassy spokesman, then promoted him to be his link with the other representatives in the United Nations in New York.

At the same time, he became the liaison between Bandar Bin Sultan and American oil cartels, oil companies and Jewish lobbies. At the beginning of the new century, during the king’s trip to the United States, Bandar Bin Sultan introduced him to Malik Abdullah and praised his intelligence and activity. He climbed the ladder of success rapidly afterwards. First, he became Malik Abdullah’s foreign policy consultant, later being promoted to ministerial level in the same department. In 2007 he went to Washington to become Saudi Arabia’s ambassador to the United States, and in 2015, in an unexpected move, he became the Foreign Minister in Saudi Arabia.

All of this surprising progression happened while al-Jubeir was neither a prince nor someone with a strong political or diplomatic history. He is from a very simple family who were living in the village of Harmah in the suburb of Al Majma’ah city. He was born in a house with no electricity or water in a very deprived village. He was the sixth child in his family. His father initially worked for Aramco, before moving to Yemen with his family, and later going to Germany as a cultural adviser, staying there until the end of his service. Adel al-Jubeir finished his school in Germany but later went to America and finished his BA in political science and economy in a university in northern Texas. He then got his MA from Georgetown University in Washington, in international affairs. When his father retired the family was supposed to move back to Saudi Arabia, but they opposed this, so his father was forced to return to Saudi Arabia alone. His father made a new family in Saudi Arabia and it has been said that he cut off his relations with the old one.

No one exactly knows since when and why Jubeir became anti-Iranian. It seems that his connections with Jewish lobbies in the United States had a major impact in forming his anti-Iranian opinion. The first time he openly spoke out against Iran was in November 20th 2007, at a dinner party in Washington when he had just been promoted to being ambassador. In his meeting with the United States’ new ambassador to Saudi Arabia, he talked about Iran’s nuclear program. Using highly critical language, he spoke out against Iran, bringing up the Iran’s plan for building a nuclear weapon, and said that it was now time to stand against Iran.

He believed that Iran was the cause of the problems that the United States and Saudi Arabia have faced in the region in recent years. Shortly after that, in April 2008, Wikileaks revealed some documents in which Malik Abdullah, referring to Iran, said to Ryan Crooker and General David Petraeus that Iran was like a snake whose head should be cut off without any delay. In these documents, Adel al-Jubeir talked several times about Malik Abdullah’s repeated advice to the US about the necessity of attacking Iran militarily and stopping its nuclear program.

Later, in 2011, at the beginning of Syria’s civil war, he claimed that Iran was trying to assassinate him – the same thing was also immediately claimed by Eric Holder, the former Attorney General of the US –  both aiming to plot against Iran. It was never clear what the reason was for that story, and what its result was, but many believe that the main aim was to remove Iran from the Syria issue, whose crisis was just beginning at the time. Saudi Arabia thought that they could start a fight with Iran, making such cases to stop Iran initiating any action, thus obtaining their goals in Syria.

Many believe that al-Jubeir is acting according to a predefined equation, as if he is a piece in a puzzle with a special mission.

From the clashes in Yemen, which according to An-Nahar, published in Beirut, has cost Saudi Arabia $200bn for so far, to bizarre tensions with regional countries like Iran and also extensive domestic repression, all of these seem to suggest that al-Jubeir is a pawn at odds with Saudi Arabia’s domestic interests. What will be the final outcome of this situation? As time passes, surely more aspects will be uncovered.