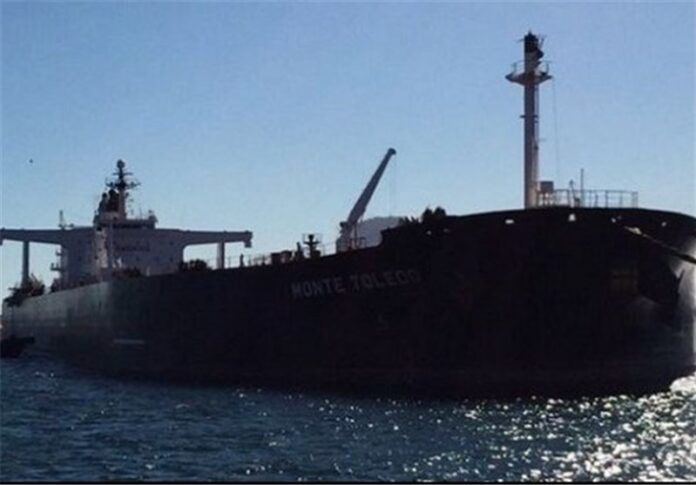 The Islamic Revolution Guards Corps (IRGC) busted a major fuel smuggling ring in Iran’s southern waters after its naval forces confiscated an oil tanker containing a big haul of smuggled fuel at the Strait of Hormuz.

IRGC Navy Commander Rear Admiral Ali Reza Tangsiri said on Wednesday that his forces have seized a 131-meter-long oil tanker at the Strait of Hormuz that was smuggling more than 12.5 million liters of fuel out of the country.

He said it was the biggest ever haul of smuggled fuel confiscated in the Persian Gulf and the Strait of Hormuz.

Rear Admiral Tangsiri said that in the operation, 21 people with different nationalities have been arrested and will face trial.

In comments on the first day of the Iranian year in March 2017, Leader of the Islamic Revolution Ayatollah Seyed Ali Khamenei called for efforts to combat smuggling and contraband goods as part of plans to stimulate domestic production and combat unemployment.

Last year, the IRGC, which has been assigned the task of tackling commodity smuggling in the Persian Gulf, said it will support the administration in the war on smuggling.