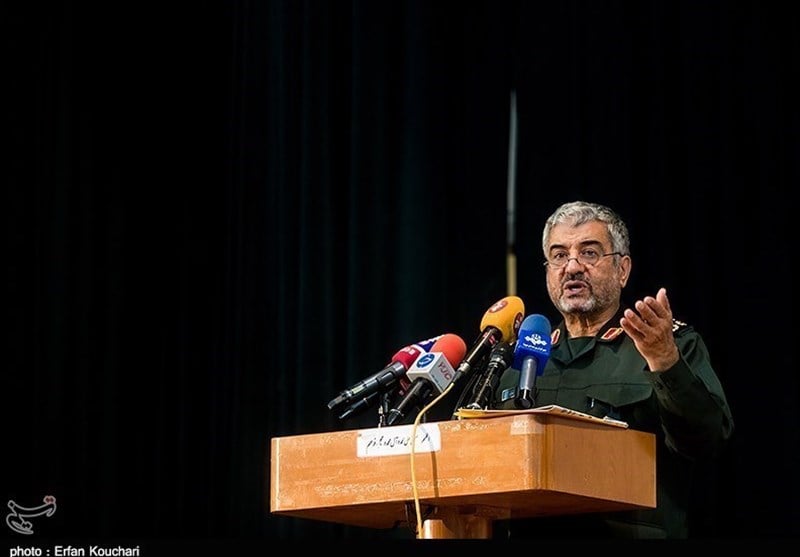 A top Iranian commander hailed Yemeni forces’ resistance against the Saudi-led coalition’s push to take control of Hudaydah port, noting that the coalition is bogged down in the quagmire of the war they have waged against the Arab country.

“Today, the ignorant Arab coalition is bogged down in Yemen’s quagmire and is facing defeat and scandal (in Hudaydah),” Commander of the Islamic Revolution Guards Corps (IRGC) Major General Mohammad Ali Jafari said on Monday.

The Saudi-led coalition and its mercenaries began a massive operation in mid-June to bring Yemen’s port city under their control, but have failed to achieve their objective due to Yemenis’ resistance.

The United States, Britain and France have backed the coalition in the Yemen conflict and keep providing weapons to both Saudi Arabia and the United Arab Emirates.

The senior Iranian commander further hailed the recent achievements by the Yemeni forces in the face of the UAE forces and Saudi-backed mercenaries in the port city.

On Monday, a member of the political bureau of Yemen’s Houthi Ansarullah Movement said the United Arab Emirates (UAE) is seeking to save its already lost reputation by halting an operation against Yemen’s port city of Hudaydah.

Speaking to Lebanon’s Arabic-language al-Mayadeen TV network, Zeifollah al-Shami said the UAE’s decision to announce a pause in the offensive it is backing against Hudaydah reflects the operation’s failure.

The UAE is struggling to save itself from “the quagmire that it has stepped in” and protect its reputation already lost due to its failures, he added.

The Houthi official further said the clashes in Hudaydah are intense, adding that the aggressors are in a really difficult situation and are, therefore, trying to find an excuse to get out of this deadlock in the port city.

The UAE said on Sunday it had halted its military aggression against Hudaydah as Ansarullah fighters continue to make advances in the western port city.

“We welcome continuing efforts by UN Special Envoy, Martin Griffiths, to achieve an unconditional Houthi withdrawal from Hudaydah city and port. We have paused our campaign to allow enough time for this option to be fully explored. We hope he will succeed,” UAE Minister of State for Foreign Affairs Anwar Gargash said on Twitter.