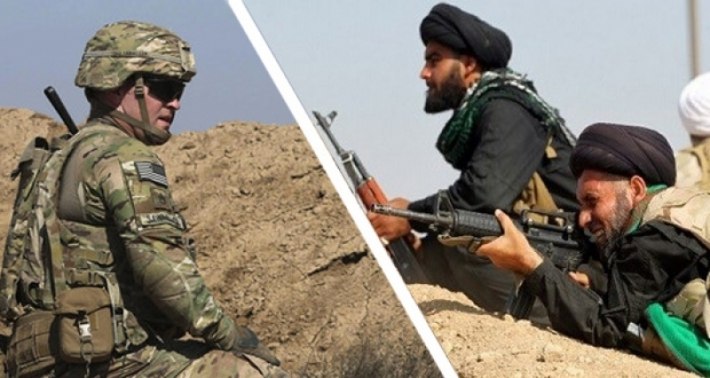 The Iraqi popular mobilization forces, known as Hashd al-Shaabi, have threatened to declare war against the United States if the country targets Iran.

The threat was made by Jabar al-Ma’mouri, a Hashd al-Shaabi commander in the Iraqi province of Diyala, in response to the US’ recent deployment of its aircraft carrier strike group and B-52 bombers to the Middle East to send an “unmistakable” message to Iran.

US National Security Advisor John Bolton earlier warned of “unrelenting force” if Iran tries to harm any US interests or allies in the region.

Meanwhile, US Secretary of State Mike Pompeo landed in Baghdad on Tuesday and met with Prime Minister Adil Abdul-Mahdi where he reportedly held talks with the premier on the safety of the US forces in the country and also briefing him with Washington’s main goal in its deployment of armaments to the Middle East.

“The message that we’ve sent to the Iranians, I hope, puts us in a position where we can deter and the Iranians will think twice about attacking American interests,” Pompeo said, noting that the US intelligence was “very specific” about “attacks that were imminent.”

However, the Hashd al-Shaabi commander said that the Shiite forces will respond if the US forces attack Iran, warning that “the Middle East is approaching a dangerous tsunami that is monitored by the Zionist regime.”