Iraqi Town of Qayyarah after Being Cleansed of ISIS Terrorists (+Photos) 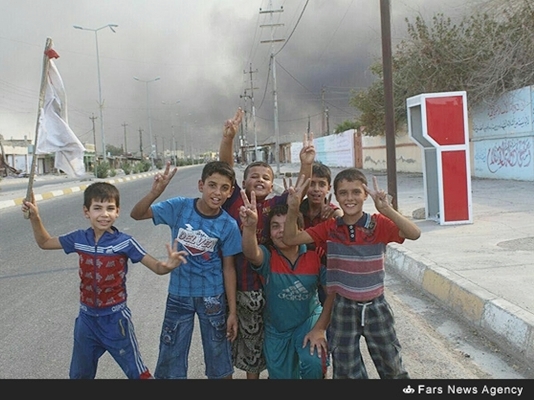 Iraqi forces managed to recapture the northern town of Qayyarah from the grip of the Takfiri [extremist] ISIS terrorist group in their push to conduct a major liberation operation in the nearby city of Mosul.

“We control all parts of the town and managed, in very limited time, to root out ISIS,” Lieutenant General Riyadh Jalal Tawfik, who commands Iraq’s ground forces, was quoted by AFP as saying on Thursday, August 25.

The Iraqi troops launched the Qayarah operation on Tuesday, more than a month after retaking the Qayyarah air field, Press TV reported.

Qayyarah, which fell to ISIS in 2014, lies on the western bank of Tigris River, some 60 kilometers (35 miles) south of Mosul. The town is expected to be used as a launch-pad for the upcoming operation in Mosul.

Here are Fars News’ photos of the town after being liberated: