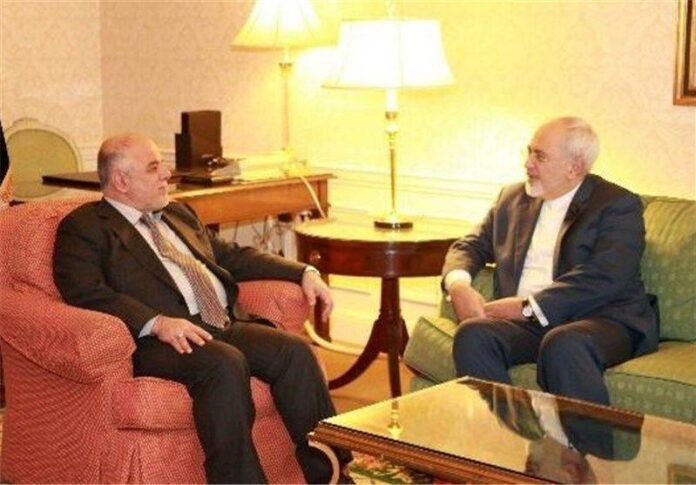 Iraqi Prime Minister Haider al-Abadi, in a meeting with Iranian Foreign Minister Mohammad Javad Zarif, has lauded the Iranians’ interest in cooperating with Iraq in reconstructing the war-torn country.

During the Wednesday meeting held on the sidelines of the International Conference for Reconstruction of Iraq in Kuwait, Prime Minister Abadi said the Islamic Republic of Iran played a significant role in fight against ISIS and liberation of the Iraqi territory from the menace of terrorists.

He also described as important and praised the participation of Iranian companies in the reconstruction of Iraq and launching construction projects in the country.

He went on to say that Iran views Iraq as an important political and economic partner.

“Given the interest of the Iranian people and companies in playing a role in Iraq, we hope the relations between the two sides, especially in economic and commercial fields, would grow considerably,” he added.

The three-day International Conference for Reconstruction of Iraq came to an end on Wednesday. Tens of donor countries, including Iran, and around 2,000 organizations attended the conference to announce financial contributions at the meeting.