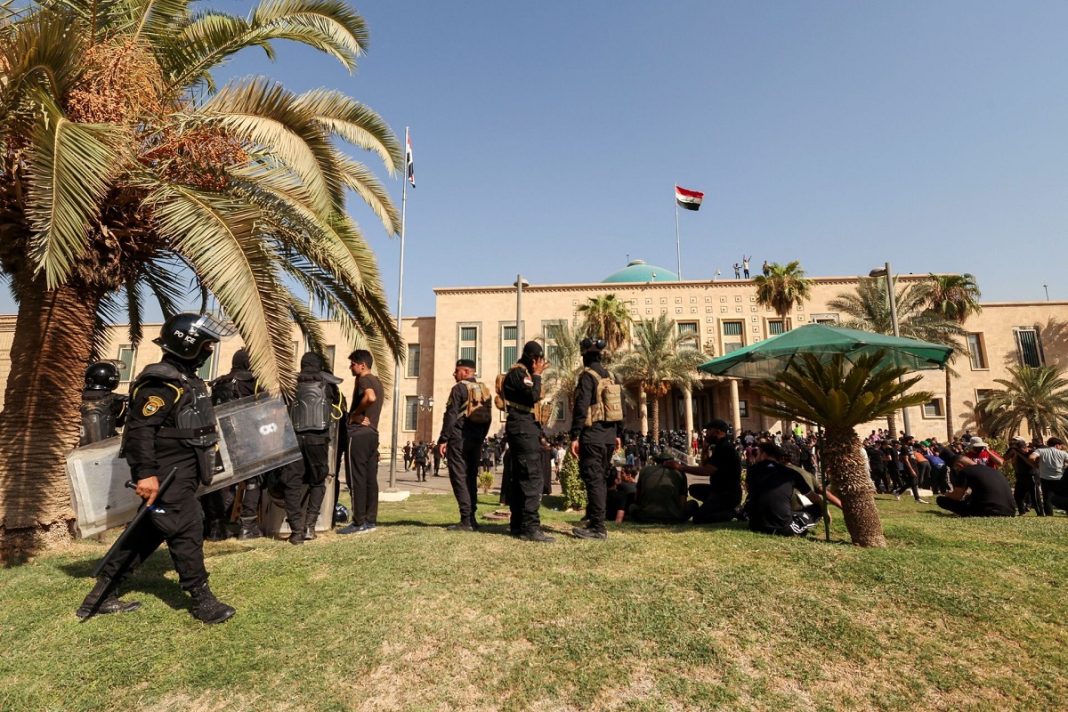 The death toll from clashes between supporters of the Iraqi cleric Muqtada al-Sadr and the security forces over the Sadr’s announcement of quitting politics has reached 30, a medical source confirmed.

An Iraqi medical source has told Al Jazeera that at least 30 people were killed during the clashes in Baghdad’s Green Zone.

The source added 700 people were wounded, including 110 members of the security forces.

Al-Sadr has announced he is quitting political life and closing his political offices in a move that inflamed tensions and prompted protests by his supporters.

Gunfire rang out in the Green Zone of Baghdad and security forces launched tear gas canisters on Monday to disperse al-Sadr supporters converging on the area.

The cleric is going on a hunger strike until “violence and the use of weapons” ends, according to an allied legislator.

Al-Kadhimi also directed an “urgent investigation” into Monday’s events and stressed that the use of live ammunition by security forces against protesters is “strictly prohibited”, Iraq’s state news agency INA reported.