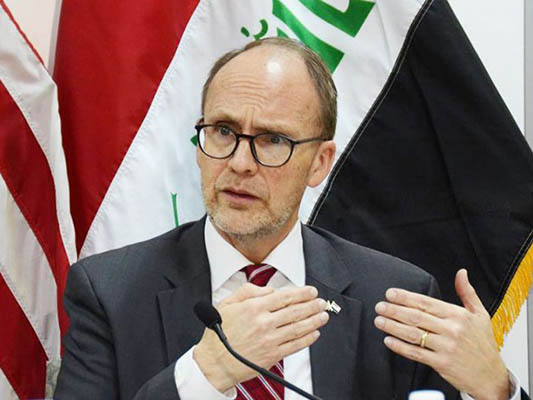 Iraq has summoned the United States’ ambassador to Baghdad to show anger at President Donald Trump's Wednesday recognition of Jerusalem al-Quds as the capital of Israeli regime.

Iraqi Foreign Ministry spokesperson Ahmad Mahjoub announced that the ministry has summoned the US ambassador in Baghdad, Douglas Silliman, and handed him a memo protesting the decision by Trump.

In its statement, Iraq also demanded on Thursday that the US government backtrack on a decision to recognize Jerusalem al-Quds as Israeli regime’s capital saying that “we caution against the dangerous repercussions of this decision on the stability of the region and the world.”

“The US administration has to backtrack on this decision to stop any dangerous escalation that would fuel extremism and create conditions favourable to terrorism,” reads the statement.

Dozens of Iraqis protested the decision in Baghdad vowing to return in greater numbers the following day after Friday prayers.

Trump reversed decades of US policy on Wednesday and recognized Jerusalem al-Quds as the capital of Israeli regime, imperilling Middle East peace efforts and upsetting the Arab world and Western allies alike.