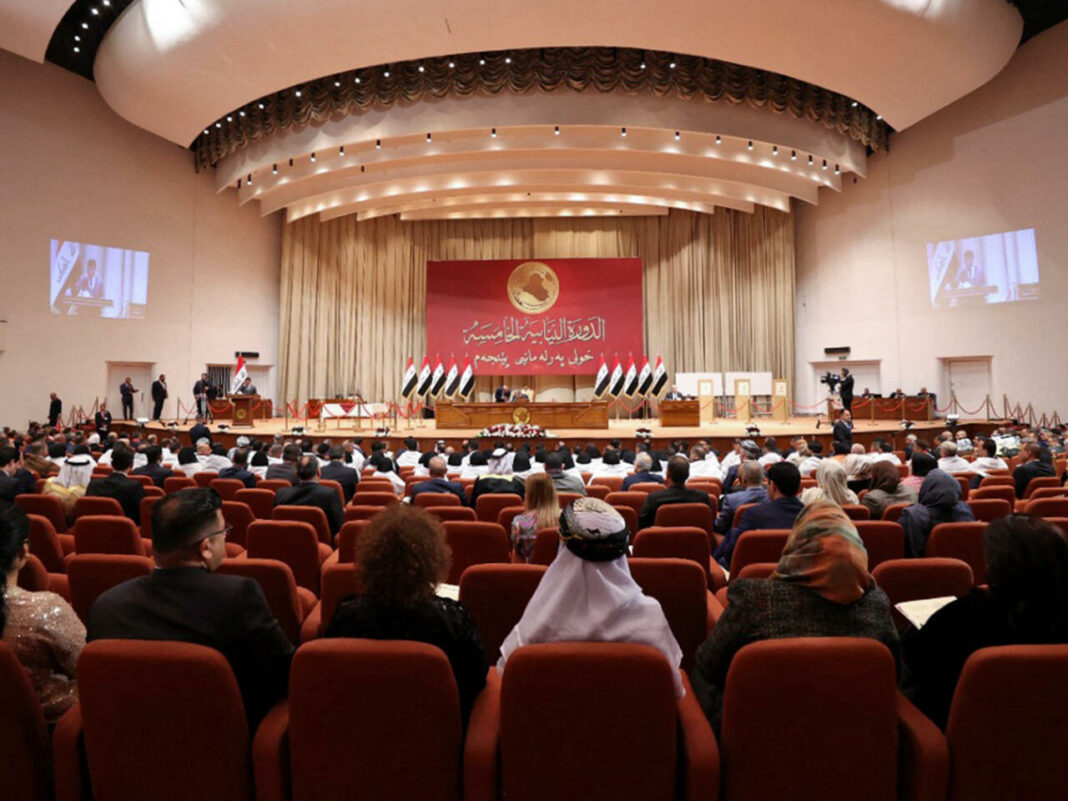 Iraq's parliament on Monday indefinitely postponed a scheduled vote for the selection of country's president after most major political blocs boycotted the session.

The sweeping no-show deepens a political crisis in the war-scarred country which, almost four months after a general election, still hasn’t chosen a new prime minister.

The assembly vote had been set for noon for the head of state — a post with a four-year mandate held by convention by a member of Iraq’s Kurdish minority, and currently occupied by Barham Saleh.

But a series of boycott calls had made it highly unlikely the 329-seat parliament in Baghdad’s high-security Green Zone would be able to clinch the necessary two-thirds quorum.

Then, on Monday afternoon, with only a few dozen MPs in the chamber, an official speaking on condition of anonymity confirmed to AFP that “there will be no vote to elect the president”.

The turmoil comes after October polls were marred by record-low turnout, post-election threats and violence, and a delay of several months until final results were confirmed.

Intense negotiations among political groups since then have failed to form a majority parliamentary coalition to name a new prime minister to succeed Mustafa al-Kadhemi.

The largest parliamentary bloc to emerge from the vote, led by powerful Shiite Muslim cleric Moqtada Sadr and holding 73 seats, was first to announce a boycott, on Saturday.

It was followed on Sunday by the 51-member Sovereignty Coalition led by a Sadr ally, parliamentary Speaker Mohammed al-Halbussi.

The 31-seat Kurdistan Democratic Party (KDP) then announced it would also stay away, in order to “continue consultations and dialogue between political blocs”.

The process toward a presidential vote had been further thrown into disarray when Iraq’s Supreme Court on Sunday suspended the candidacy of Saleh’s key challenger, Hoshyar Zebari, 68.

The court cited corruption charges against Zebari, a former foreign minister from the KDP — allegations he denies.

“I have not been convicted in any court,” Zebari had stated in a television interview on Friday as the charges resurfaced alongside forecasts he would unseat Saleh.

Incumbent Saleh, the other frontrunner out of some 25 candidates, represents the KDP’s main rival in Iraqi Kurdistan, the Patriotic Union of Kurdistan (PUK).

The Supreme Court announced it was suspending Zebari after receiving a complaint from lawmakers that his candidacy was “unconstitutional” because of the graft claims.

The complainants cited his 2016 dismissal from the post of finance minister by parliament “over charges linked to financial and administrative corruption”.

The complaint also cited at least two other judicial cases linked to him, including when he was Iraq’s long-time foreign minister after the fall of dictator Saddam Hussein in the 2003 US-led invasion.

Monday’s postponement exacerbates Iraq’s political troubles because it is the task of the president, within 15 days of being elected, to formally name a prime minister from the largest bloc in parliament.

The prime minister, a Shiite Muslim according to political tradition, then has a month to form his government.

However, the Coordination Framework has appealed to the Supreme Court to have their grouping recognised as the biggest.

The country’s apex court has rejected this demand, saying it could not decide now, as the size of parliamentary blocs could shift.