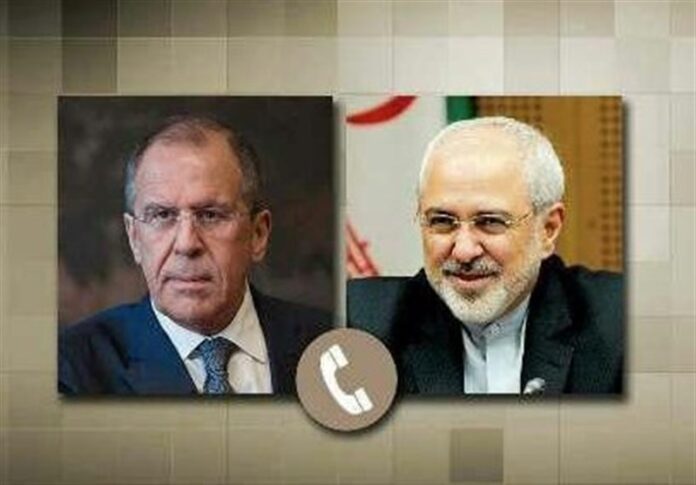 Iranian Foreign Minister Mohammad Javad Zarif and his Russian counterpart Sergei Lavrov exchanged views on the peace talks on Syria due to be held in Kazakh capital of Astana.

Zarif and Lavrov held a phone call on Monday at the request of Russia’s foreign minister.

The Russian Foreign Ministry announced that the two top diplomats continued the discussion on the situation in and around Syria.

The two diplomats also asked for coordinated efforts by Iran and Russia ahead of the Syrian peace talks.

Representatives from the Damascus government and foreign-sponsored opposition groups are scheduled to gather in Astana on January 23.