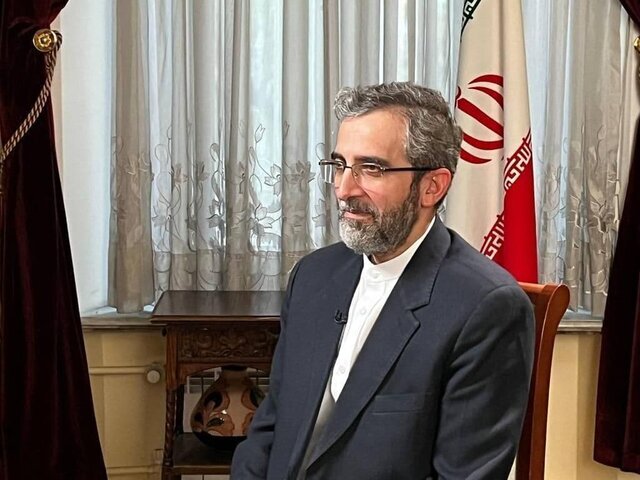 Iran’s top negotiator and Deputy Foreign Minister Ali Bagheri has told Al-Jazeera news channel Tehran insists that all sanctions placed on the country in violation of the nuclear deal, JCPOA, and as part of the US’s “maximum pressure campaign” must be removed immediately.

He was speaking in an exclusive interview with Al-Jazeera a day after the end of the talks in Vienna with the 4+1 group of countries.

Bagheri said Iran’s proposals show it is serious about the talks and cannot be rejected because they are in line with the 2015 nuclear deal.

He also referred to the Israeli regime’s effort to disrupt the Vienna talks, saying Tel Aviv’s claim that Iran is enriching uranium to 90 percent purity was refuted by the IAEA’s chief Rafael Gross.

Asked what happens if the Zionist regime attacks Iran’s nuclear facilities, Bagheri said the Zionists should only dream of attacking Iran.

The chief Iranian negotiator added that he is optimistic about the final outcome of the negotiations. He however noted that Iran will not be deceived because it does not trust the other side.