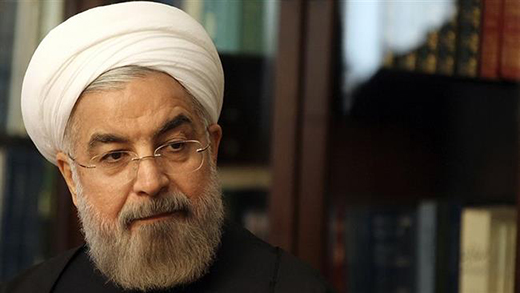 Among its objectives, the task force would have to send over aid teams, if needed, and dispatch aircraft to Saudi Arabia in order to assist the pilgrims and the wounded.

Iran’s President Hassan Rouhani has ordered the formation of a task force to address the recent incident outside the holy city of Mecca in Saudi Arabia in which overcrowding led to the deaths of hundreds of pilgrims.

In a message, Rouhani asked First Vice President Es’haq Jahangiri to set up the mission as soon as possible and constantly inform him and the nation about its findings, the president’s official website reported early Friday.

Among its objectives, the task force would have to send over aid teams, if needed, and dispatch aircraft to Saudi Arabia in order to assist the pilgrims and the wounded and also transfer the bodies of the Iranian pilgrims killed back to the country.

The stampede occurred in Mina, near Mecca, at 9 am local time on Thursday after two large masses of pilgrims fused together.

Saudi authorities say 717 people were killed in the incident. […] The number of the Iranian pilgrims killed has risen to 131.

In his message, Rouhani also asked Riyadh to take responsibility for the disaster and fulfill its legal and Islamic obligations in this regard.

Arabic-language daily al-Diyar has said the presence of the convoy of Prince Mohammad bin Salman Al Saud, the son of Saudi King Salman bin Abdulaziz Al Saud, in the middle of the population prompted a change in the direction of the movement of the pilgrims and the subsequent crush. […]