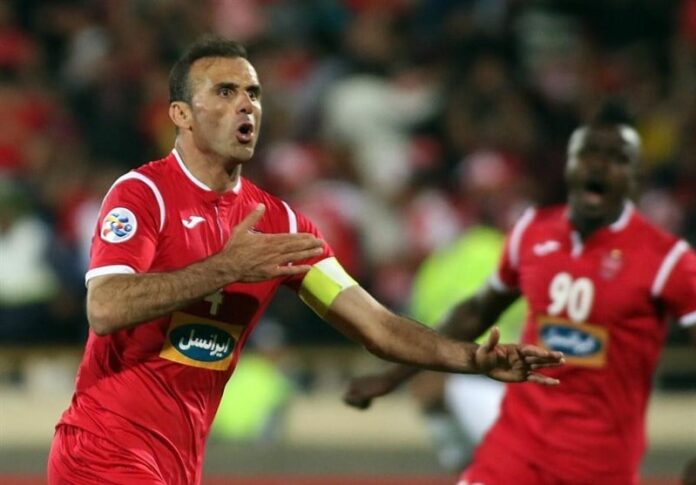 Jalal Hosseini’s 89th minute strike gave Iran’s Persepolis football team a 2-1 win over Al Jazira of the UAE in the second leg of the 2018 AFC Champions League (ACL) Round of 16 on Monday.

The Iranian giant advanced to the quarter-final on away goals after the tie ended 4-4 on aggregate.

Al Jazira survived 45 minutes of one-way traffic as Persepolis set up shop at its visitor’s end of the pitch in pursuit of an early leveler.

The home side finally found a breakthrough after the hour mark after a well-worked attacking move saw Ahmadzadeh lay-off a pass for Ahmad Nourollahi who struck with venom from 25 yards out into the top corner to put Persepolis in front.

Al Jazira boss Henk ten Cate responded to going behind by introducing striker Ahmed Al Hashmi for defender Mohammed Fawzi, and his attacking intent immediately paid dividends when Al Hashmi combined with Ali Mabkhout inside Persepolis’ half before setting up Romarinho, who drilled in a shot from outside the area into the bottom corner to restore Al Jazira’s aggregate lead in the 70th minute.

Persepolis piled the pressure for the remainder of the game, but all its attempts to find a winner were halted by an inspired Khaseif who denied Godwin Mensha and Ali Alipour back-to-back headers inside the final 10 minutes.

As the strikers failed to find a winner, it was skipper Hosseini who delivered, pouncing on a poor defensive clearance from Musallem Fayez to volley home the winner with a minute to play to send Persepolis into the quarter-final.